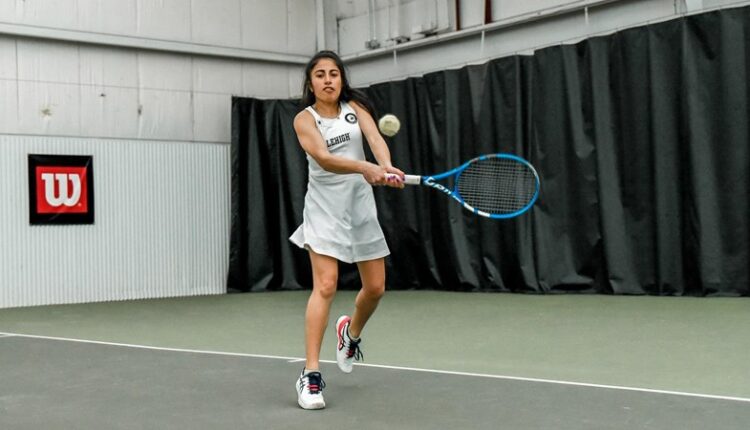 ANNAPOLIS, Md. – The Lehigh women’s tennis team kicked off its fall season at the Navy’s Bill & Sandra Moore Invitational, which ended Sunday at the Brigade Sports Complex. Seven Mountain Hawks competed during the three-day event, with Lehigh taking a flying championship and three consolation group titles over the weekend.

The second duo of Anushka Dania and Megha Dania led the way as they were involved in three of Lehigh’s four bracket wins. Anushka Dania won Flight E’s individual race 3-0, while Megha came back from a first-round loss and took three wins to win Flight D’s consolation side. After an opening round, the Dania sisters got three wins in a row and one defeat to win the B-double flight.

Lehigh’s other bracket win came in A-doubles, where juniors Junmoke James and Ella Imhof recovered from a first-round defeat and took the Trost bracket title. They defeated a team of Fairleigh Dickinson 8-6 in the tie-break and won 8-7.

James and newcomer Hamsa Javagal both reached the quarter-finals of the flight B singles championship.

The sophomore Rachel Buchinsky and the senior Anshika Singh both achieved 1-2 in the singles, with Buchinsky on flight A and Singh on flight C.

The full Lehigh results are shown below.

Lehigh will host his annual Fall Invitational September 25-26 at the Ulrich Varsity Courts and the Lewis Tennis Center.