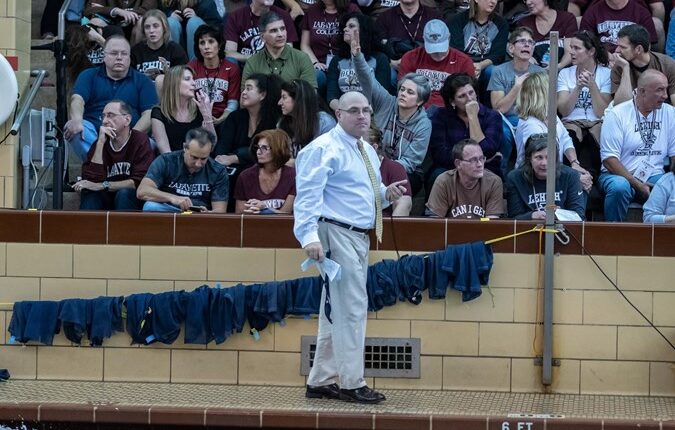 Lehigh to take on Lafayette in Patriot League Challenge Meet

BETHLEHEM, Pa. – The Patriot League has announced the cancellation of the 2021 men’s and women’s swimming and diving championships, which are originally scheduled to be hosted by Bucknell University in Lewisburg from Wednesday, April 21 to Saturday, April 24.

Instead, the Patriot League’s swimming and diving programs for men and women will compete against each other during separate Patriot League Challenge meetings in four different locations. Army West Point will host Navy, and Lafayette will greet Lehigh in two League Dual meetings. Colgate is home to Boston University and Holy Cross, and American and Loyola Maryland travel to Bucknell for two League Tri-Meetings.

The Lehigh-Lafayette Patriot League Challenge meeting is scheduled as a two-day event beginning on Friday, April 24th and at a time to be determined on the Lafayette College campus.

ABOUT THE PATRIOT LEAGUE
The Patriot League is in its fourth decade of academic and athletic achievement and continues to show that student athletes can excel in both academics and athletics without sacrificing high standards. The Patriot League’s athletic success is achieved while its member institutions continue to be committed to the core principle of admitting and promoting student athletes who are academically representative of their class. Participation in athletics at Patriot League facilities is seen as an important part of comprehensive training.