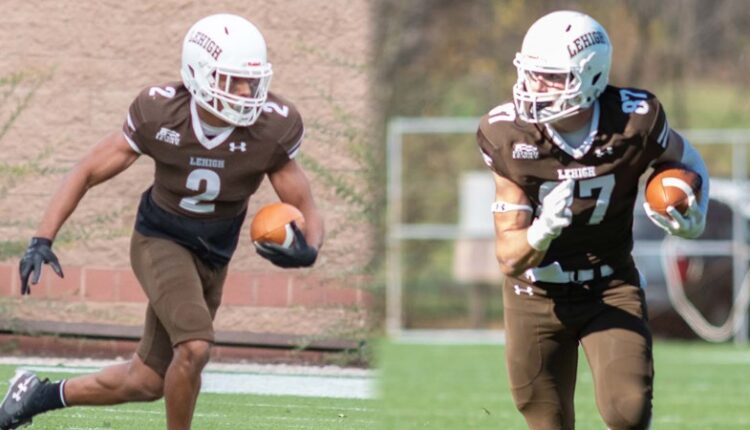 The preseason All-Patriot League team, key awards and polls are voted on by the league’s head coaches and sports information directors.

Portorreal is a two-time All-Patriot League post-season winner, receiving the first-team award for its second year in 2018 before being called up to the second-team after the 2019 campaign. As a junior, Portorreal had 52 receptions for 575 yards, finished second in both categories with the Mountain Hawks, and added a touchdown catch of 42 yards at Villanova. He also served as one of Lehigh’s key kickoff and punt returner.

In 33 career games, Portorreal has 163 receptions for 2,098 yards and six touchdowns.

Snyder emerged as a weapon for the Mountain Hawks in his first season in 2019 when Lehigh’s close end began. He finished with 23 receptions for 355 yards. Snyder started all 11 games and finished fourth in the Mountain Hawks in both receptions and shipyards. His sophomore season was highlighted by a 128-yard four catch try at Fordham, which spawned the first 100-yard reception game for a close finish from Lehigh in 15 years.

For his career, Snyder has 25 catches for 36 yards.

The defending champion of the Patriot League, Holy Cross, leads the poll in the preseason with 45 points and five votes in first place. Lehigh finished fifth in the poll with 19 points. Colgate (36 points) took Fordham (35) second, while Lafayette was fourth with 28 points and Bucknell was sixth with 16 points.

The Mountain Hawks will open their regular season on Saturday March 13th with four games against Holy Cross at Goodman Stadium. The kick-off is scheduled for noon.

* Additional running back, placekicker and defensive lineman selected due to differences in votes.