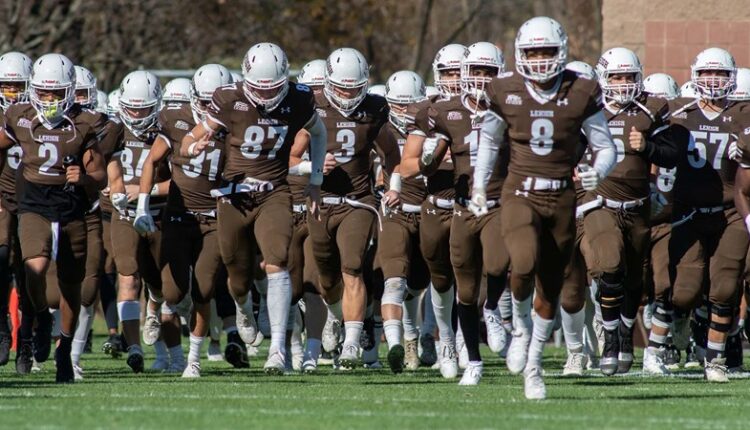 BETHLEHEM, Pennsylvania – Lehigh head coach Tom Gilmore has announced the addition of 11 student-athletes who will join the Mountain Hawks program next fall when the early signing period begins on Wednesday. It was certainly another year for Gilmore and the Mountain Hawks’ coaching team, finding creative ways to recruit during the COVID-19 pandemic.

“We are very excited about this group,” said Gilmore. “There were many challenges with recruiting this year, but our challenges were no different from anyone else’s. We just had to master them and do our best.

“We ended up putting together a very good class,” continued Gilmore. “They’re good football players, good students and better people. We feel like we’ve put together a well-rounded class.

The initial results include these first 11 members of Lehigh’s football class by 2025. The group includes six offensive players and five defensive players. The most strongly represented position group is the secondary, to which Lehigh welcomed three signatories. Lehigh also signed two offensive linemen and one in each of the following positions: quarterback, running back, wide receiver, tight end defensive end, and linebacker.

Geographically, the Mountain Hawks have signed players from six states as well as tight end Scott Fulton from Ottawa, Canada, who was preparing at the Salisbury School in Connecticut. Three signatories are from Pennsylvania, including local product Matt Rauscher, quarterback for Allentown Central Catholic. Lehigh continued his recruiting success in North Carolina and Georgia and also signed athletes from Ohio, Virginia and West Virginia.

Just matching this mountain from a man became a mountain hawk! pic.twitter.com/LtKGtUP6Yl

All-conference and all-area offensive lineman who plays in the Inter-AC … rated by PennLive as a Top 7 Guard in Pennsylvania … recipient of several Team Player of the Game awards … also received two university letters in athletics and threw the shot put … finished eighth at the “Meet of Champions” … recipient of the National Society of High School Scholars … Perennial Head Marshall Volunteer for Steps to Cure Sarcoma 5K / 1K.

D-Lineman You were warned !! pic.twitter.com/YuDqclXioW

First team conference both as wide receiver and defensive in 2019 … also written in basketball, where he was newcomer of the year in 2018 and first all-league team in 2019 … high school coach is former Lehigh team captain and All-Patriot League linebacker Bryant Appling ‘ 01.

Can do everything!! Will play for a long time! pic.twitter.com/6W4sPSrsMz

Good luck fighting this man! YAC major for the next 4 years! pic.twitter.com/NqJyowlDZI

Bobby Jones Athlete of the Year … three-year all-conference performer and two-time selection in all states … selected to play in the Queen City Senior Bowl … three-time team member of the state championship … also two-time national track and field champion and labeled basketball where he played on Conference Championship team.

Throw it if you dare! Mr. Jones will be patrolling the air! pic.twitter.com/Ax0YdQ7u5s

Savage is an understatement !! pic.twitter.com/l7h209uRev

Three-time first team in all conferences … two-time first team in all districts … three-year letter winner … two-time Copley Lifter of the Year … also awarded in wrestling and baseball … team captain in all three sports … all conferences performer and district qualifier in wrestling … all-conference in baseball … four-time scholar-athlete … member of the National Honor Society.

If you’re a running back I probably wouldn’t watch this unless you want nightmares! pic.twitter.com/lDWpymXm8G

There are 3 certainties in this life … death, taxes and @ xavier55_55 will live in the backcourt! pic.twitter.com/E7SkEiJhdR

All-Region Performer as a junior … honorable mention All-State in 2019 … also in athletics, where he was a state qualification over 100 m and a member of the national champion 4×100 m relay …