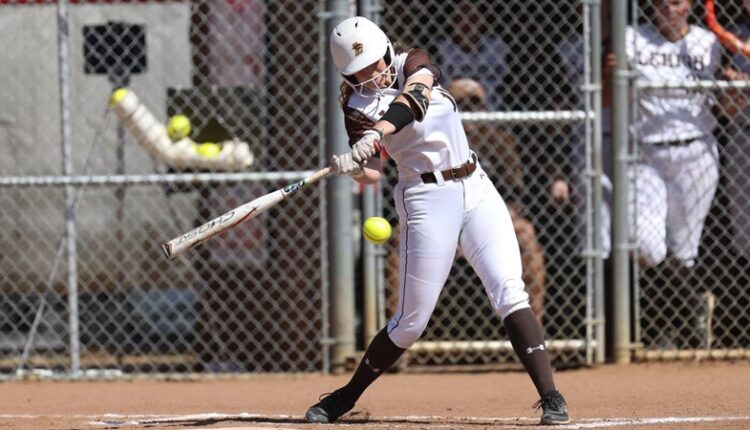 BOSTON – The Lehigh softball team opened up the Patriot League Tournament with a 3-2 win over Army West Point Thursday afternoon at BU Softball Field. The Mountain Hawks went ahead early on senior Karsen O’Rourke’s RBI single in the second inning and then reclaimed the lead for good when first-year Rory Dudley singled home sophomore Brooke Cannon in the fourth inning.

Sophomore Katelyn Young allowed two runs on five hits with six strikeouts and zero walks to earn the victory. Lehigh improves to 27-17-1 and will now face host and top seed Boston University in the winner’s bracket game Friday at 11 am

Army (20-33) took the lead with two runs in the fourth inning on four consecutive two-out hits, but the Mountain Hawks answered immediately with two runs of their own to go back in front for good.

Kittel led off the home fourth with her second double of the game and scored the tying run on a double down the left field line by Cannon. With two outs, Dudley singled through the left side, plating Cannon with the go-ahead run.

Rory Dudley puts Lehigh back in front after four!

Young took care of the rest, retiring the final 10 Black Knights she faced.

Lehigh and Boston University will now meet in game three of the double elimination tournament for the third straight year. The Mountain Hawks won two of three games from the Terriers last weekend in Boston.

Friday’s game and all Patriot League Tournament action will be broadcast on ESPN+.

Editorial | Another chapter in Verma’s lifetime of service | News

If Roe is overturned, there’s no guarantee people can get abortions in liberal states | Opinion