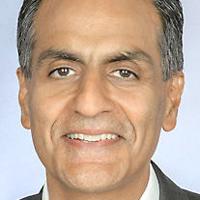 Editorial | Another chapter in Verma’s lifetime of service | News

Richard Verma continues to serve his country and make the Johnstown region proud.

President Joe Biden has chosen the 1986 Westmont Hilltop High School graduate to serve on the President’s Intelligence Advisory Board.

The organization was formed by President Dwight D. Eisenhower in 1956.

Due to the secretive nature of the board’s work, Verma was not permitted to comment on his appointment.

Verma held the position of US ambassador to India from 2015 to 2017 under President Barack Obama.

A member of the Cambria County Military Hall of Fame, Verma served in the US Air Force – rising to the rank of captain – and was the recipient of the Meritorious Service Medal and the State Department’s Distinguished Service Award.

Verma served on the federal Weapons of Mass Destruction and Terrorism Commission.

He was the assistant secretary of state for legislative affairs from 2009 to 2011, and worked as national security adviser to the Senate majority leader.

He is a senior fellow at Harvard University’s Belfer Center for Science and International Affairs, and general counsel and head of global public policy for Mastercard.

In 2020, Verma told The Tribune-Democrat that he was a proud child of immigrants.

His parents left India in the 1960s with “next to nothing,” Verma said then. They lived in Canada – where Richard was born – before settling in Johnstown in 1971.

Kamal Verma, Richard’s father, was honored in 2017 by the University of Pittsburgh at Johnstown, where he taught for more than 40 years. Kamal Verma helped found the South Asian Literary Association. He retired as an English professor in 2011.

“Like millions of other immigrants to the US, they worked so hard, experienced difficulties, but also real joy,” Richard Verma said of his parents. “Johnstown became home, and the home to our best neighbors, teachers and coaches, and of course, our closest friends.

“I hope that our country can come together to once again become that nation where the American dream is available to all who come to America – that’s the community I grew up in and the community I love, and a community where my mom and dad could start from scratch, work hard, get the support and love from their friends, and one day, their kid could serve in the Air Force and, yes, even serve as a US ambassador.”

With his considerable experience in the military, with immigration, the federal government and international affairs, Verma would have been a strong candidate for Pennsylvania’s contested US Senate seat.

But perhaps his professionalism and commonsense tone would have been lost in the noise of anger and name-calling that has dominated this campaign.

We’re sure his intellect and dedication to country will guide his important work with the President’s Intelligence Advisory Board.

KHN’s ‘What the Health?’: The Invisible Pandemic