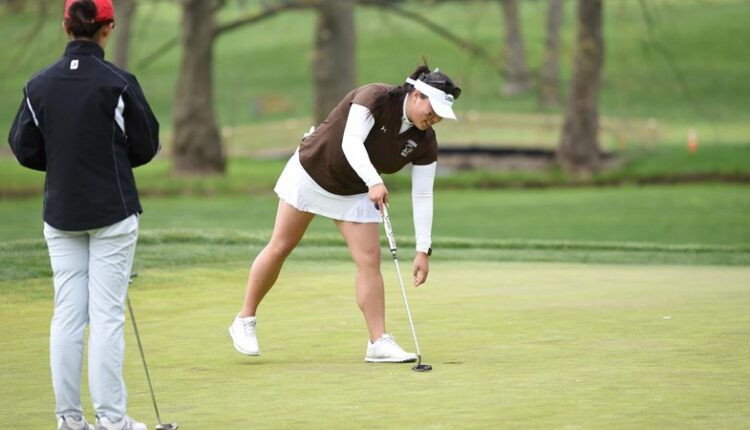 BETHLEHEM, PA. – The Lehigh women’s golf team ended their season with the final round of the Patriot League championship on Sunday on the Grace Course at Saucon Valley Country Club. The Mountain Hawks shot a final round of 328 to finish the tournament in fifth place out of six teams at 993 (344-321-328).

Freshman Sophie Holland led Lehigh for the second straight round on a 75, which was the low round of the weekend for the Mountain Hawks. Holland’s round included a pair of birdies on the top nine.

Senior Angela Ding finished her Lehigh career with an 83 final, the team’s second lowest score that day. Ding made two birdies and finished 23rd with 253 (87-83-83).