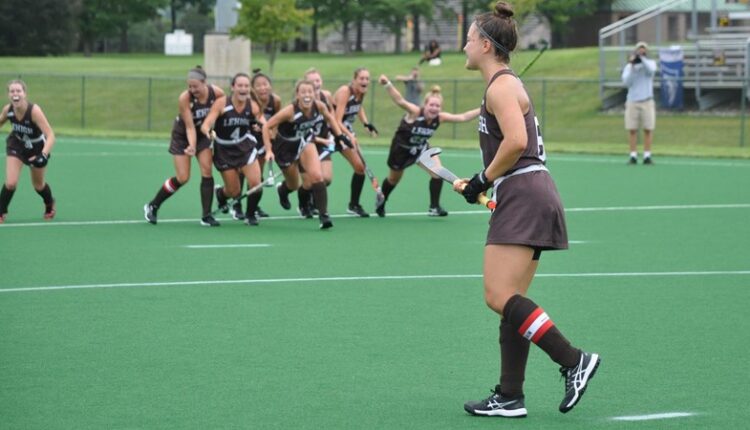 BETHLEHEM, Pennsylvania – Graduate student Lenke Havas has shown her first career hat-trick, scoring all of Lehigh Field Hockey’s goals in an impressive 3-2 win over the visit to Longwood on Sunday. After the Lancers even scored one at the beginning of the third quarter, the Mountain Hawks reacted only 5:08 later and then only made 2:55 to 3-1. Longwood scored in the 54th minute, but Lehigh did not allow a shot later.

“We had a great ball movement,” said Lehigh boss Caitlin Dallmeyer. “We had a really great structure going forward and we were able to keep that structure and do what we had to do to be successful. We knew we had to move better after our game against Villanova and within the first five minutes of the game.” game [today], we did them all. I was very pleased with our ability to adapt quickly and make changes in such short periods of time that helped us to be successful. “

As on Friday, the Mountain Hawks started quickly in the first quarter. This time Havas scored her first goal of the season after a penalty corner, supported by junior Sarah Bonthuis, to make it 1-0 at 8:04.

There were no shots for either side in the second quarter, but it took Longwood just 57 seconds to level after a penalty corner in the third quarter. The Mountain Hawks showed a formidable reaction when Havas scored their second goal from a corner (from his fifth year Drew Pecora) and then took a penalty home to give Lehigh a 3-1 lead at 39:00.

Longwood held an 8-1 lead in shots in the fourth quarter, but junior goalkeeper Maddie Kahn was big with four saves. The Lancers turned a rebound in the 54th minute to make it 3-2, but that’s as close as they’d come.

The final shots were 15-9 in Longwood’s favor, while the Lancers held an 8-6 cross in Strafecken. Kahn finished with seven saves against Madison Nuckols, which scored two.

The Mountain Hawks return next Sunday when they host Bryant at 11 a.m. on ESPN +.

“Longwood is a phenomenal team and this is a very big win for us so I’m really excited about what we have achieved today,” said Dallmeyer. “Now our top priority will be to make consistent progress in order to be able to maintain this level of play.”

We caught up with Lenke Havas after today’s 3-2 win and her 🎩 trick! pic.twitter.com/sIGiCRdOxJ

After today’s season opener win against Longwood, we met up with Coach Dallmeyer! pic.twitter.com/dQavemrpzh