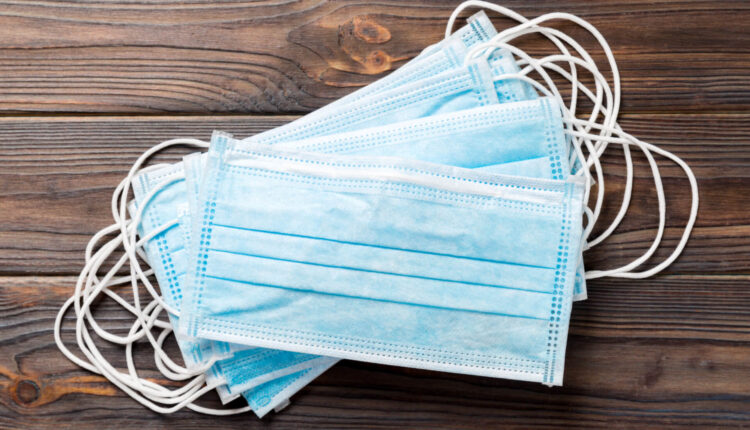 Hamstrung by a Republican-authored constitutional amendment limiting his emergency powers, Gov. Tom Wolf is now asking for the GOP-controlled Legislature to require masks in K-12 schools.

Lawmakers currently aren’t due to return to the Capitol until late September.

In addition, Wolf said he was “increasingly concerned about misinformation being spread to try to discredit a school district’s clear ability to implement masking.”

This misinformation, sometimes spread and validated by lawmakers, was undermining local control with the implicit or explicit threat “of political consequences for making sound public health and education decisions,” Wolf continued.

The state’s pandemic response has been a politically charged topic since Day One of the COVID-19 pandemic in March 2020, sparking pitched battles over individual rights, public health and safety, and the separation of powers.

The debate even led the Republican-controlled Legislature to put before voters two amendments to put a 30-day cap on his and future governor’s emergency powers. Pennsylvania voters approved the language during this May’s primary election.

Republicans said the amendments were needed to check Wolf’s top-down management during the pandemic. Instead, Republicans argued, individuals and local governments should have been able to decide for themselves how to stay safe from the virus.

“[Local] officials who are on the ground should be able to determine what is the best way to move forward,” Corman said during an April 2020 floor debate on a bill to reopen thousands of businesses. “Let them decide locally.”

Empowered by the voters, the General Assembly terminated Wolf’s COVID-19 response declaration 23 days after it passed.

Now in need of legislative cooperation, Wolf said he was requesting the mask mandate due to demand from parents, teachers, and pediatricians.

The issue has been front of mind in recent weeks as school districts come back from summer recess. School boards across the commonwealth have been holding – at times – contentious meetings to decide on the right way forward.

Statewide mask mandates have come with exemptions for medical reasons or disabilities. In schools, there also have been exceptions for students with respiratory conditions and for sports.

There has also been no evidence to show that wearing a mask, especially in a school setting, impairs learning or results in poor communication, acting state Health Secretary Alison Beam testified during a Senate Education Committee hearing this month.

Pennsylvania has 500 school districts; 474 already have submitted health and safety plans to the state for the fall. Just 59, according to Wolf’s letter, have a mandatory masking policy.

Earlier this week, a group of eight legislative Republicans sent letters to superintendents and board presidents in their districts, asking them to make mask-wearing optional for the 2021-22 academic year.

Penn State University President Eric Barron alluded to legislative influence in an August open letter to explain why the university opted not to mandate COVID-19 vaccines for staff or students.

The letter sparked widespread backlash from the university community.

Corman later addressed the controversy to State College’s public radio station WPSU-FM. He told the station that he didn’t think pulling funding from Penn State over a policy decision would be “a good move.”

Corman said he’s never had a concern about vaccine mandates, because Penn State “always told me they weren’t going to do it,” but “if they did, I’m sure there would be some pushback in Harrisburg.”

Those threats haven’t been restricted to schools. Twenty-five House Republicans signed a letter in June threatening to withhold $32 million funding from the University of Pennsylvania due to the vaccination policy of its related medical system, PennMedicine.

The hospital group had ordered that all employees receive a COVID-19 shot or be fired, with limited exemptions.

At the tail end of budget season, Wolf also vetoed a bill passed by the General Assembly to ban public and private colleges, school districts, and all other government agencies from checking citizens’ vaccination status.

The bill also would have stripped the secretary of health of their powers to respond to COVID-19 and future health emergencies by ordering masking, closing businesses, and other measures.

The Department of Health reported 3,622 additional COVID-19 cases on Wednesday, bringing the statewide total to 1,286,426. All of Pennsylvania’s counties are either showing a substantial or high transmission rate for the coronavirus.