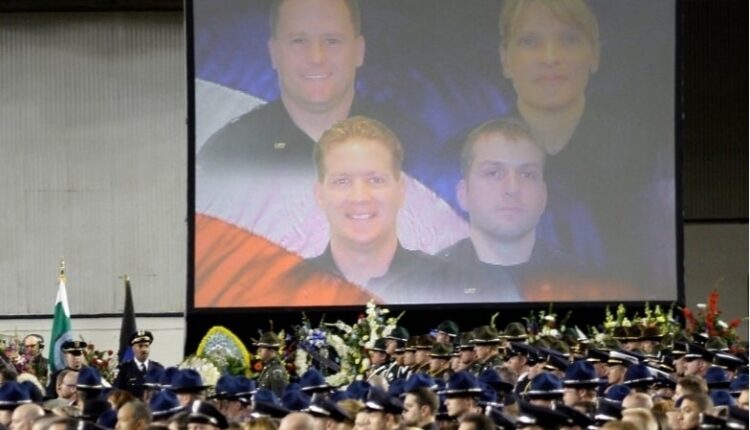 LAKEWOOD, WA – A memorial wall in Bethlehem, Pennsylvania for police officers killed on duty with a former Lakewood officer was reportedly partially destroyed by a DUI driver over the weekend.

The driver turned off a street in the city of Eastern Pennsylvania at around 3:30 a.m. on Saturday and fell through a piece of the memorial wall, according to WFMZ. Former Lakewood Sgt. Mark Renninger, who was killed by Maurice Clemmons in 2009, is from Bethlehem and is pictured on the wall.

On November 9, 2009, Renninger and three Lakewood officers – Tina Griswold, Ronnie Owens, and Greg Richards – were at the Forza Cafe in Parkland when Maurice Clemmons ambushed them. Clemmons shot Griswold and Renninger first. Owens and Richards died after fighting Clemmons. He was shot dead by a Seattle police officer in the early morning of December 1st.

Bethlehem police chief Mark DiLuzio told WFMZ the city will likely file an application with DUI driver insurance for the wall to be repaired.

To request the removal of your name from an arrest report, please send these required items to [email protected]

The rules for answering:

How Cathy Engelbert Steered the WNBA Through the Pandemic