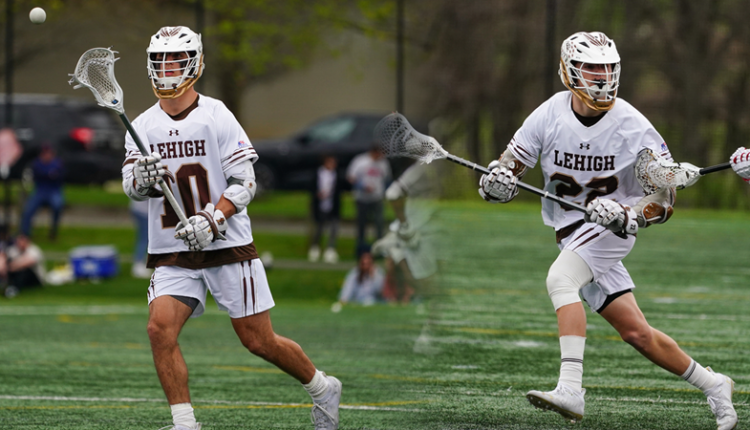 BETHLEHEM, Pa. – Three days after sophomore Scott Cole and senior Tommy Schelling were named All-Patriot League honorees, both also garnered Academic All-League recognition on Thursday. The Mountain Hawks have now had five honorees over the past two seasons, including Schelling who made it in both 2021 and 2022.

The Academic All-Patriot League team is made up of 11 individuals from across the league. Lehigh’s two honorees are tied for the most among any team.

Cole owns a stellar 3.96 grade point average as a finance major. He posted a perfect 4.0 term last spring, earning a spot on the Dean’s List every semester for a semester GPA of 3.6+. Cole was also named to the Patriot League Academic Honor Roll and garnered the Faculty Athletics Council Award (for semester GPAs of 3.2+).

On the field, Cole is in the midst of one of the best seasons for a midfielder in program history. He stands second on the team in goals (29) and third in points (38). He’s tallied a career-high five points on two occasions – recording three goals and two assists against Bucknell and last Friday at Loyola. Cole has multiple points in 13-of-14 games this season, including nine multi-goal games. Most recently, Cole scored two goals and dished an assist in Tuesday’s Patriot League Quarterfinal win over Navy. He’s scored at least one goal in every contest. In the second game of the season, he exploded for a career-high four goals at Hobart.

Meanwhile, Schelling owns a 3.51 GPA as a Mechanical Engineering major. A 2022 finalist for the Senior CLASS Award, Schelling has been named to the Dean’s List on numerous occasions for a semester GPA of 3.6 or higher. He has tallied a perfect 4.0 term and has been named to the Patriot League Academic Honor Roll and garnered the Faculty Athletics Council Award for semester GPAs of 3.2+.

Schelling has certainly seen success on the lacrosse field as well. A two-time All-Patriot League attackman, Schelling was named to the second team this season (after garnering first-team honors in 2021). Following a four-goal, four-assist effort against Navy Tuesday, Schelling leads the Mountain Hawks in assists (39) and points (63) – both career highs. His 24 goals have also tied a career high. He’s had at least one point in all 13 games, with multiple points in 13 of them. Schelling is in the midst of seven consecutive games with 5+ points, tallying 17 goals and 22 assists in that stretch. Schelling’s 2.79 assists per game are second in the Patriot League and eighth nationally, while his 4.50 points per contest are fourth in the league and 19th in the nation.

Cole, Schelling and the fourth-seeded Mountain Hawks return to the field on Friday when they travel to Boston University to face the top-seeded in the Patriot League Semifinals. Gametime is set for 4 pm on CBS Sports Network.