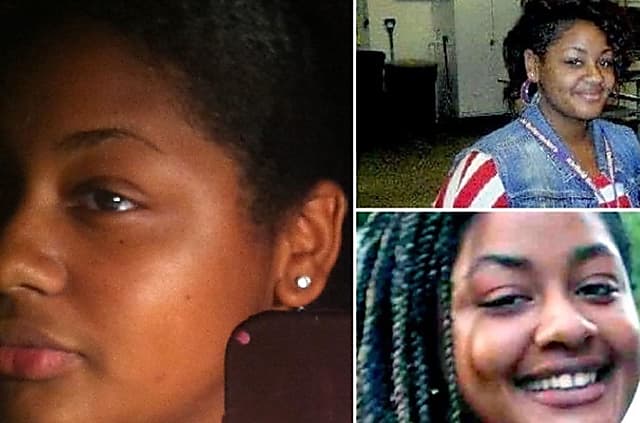 Alysha Menzies “always had a song in her head and her heart,” a loved one wrote in tribute as word spread that the music tragically and unexpectedly had stopped.

Menzies, 27, of Garfield, was driving a sedan that apparently slammed into the back of a flatbed tow truck on a highway near MetLife Stadium in East Rutherford, NJ, shortly after 4 am Friday, May 6, responders said.

The flatbed was carrying a Mercedes SUV that fell onto her car, which burst into flames, they said. Police who rushed to rescue Menzies were helpless against the inferno, which also burned the SUV. She was pronounced dead at the scene.

Alysha was “the baby of the Menzies cousins,” wrote Chanel McFadzean Pettaway of Secaucus, NJ in a social media post.

An athlete in both high school and college, Menzies played basketball and was a star shot putter at Garfield High School before she focused solely on track — and made All-Bergen First Team — as a senior. She continued her athletic career at East Stroudsburg (PA) University.

Menzies (Class of 2017) was always the life of the party, whether going out or hanging out — and her energy, one friend said, “just magnified the night.”

“Alysha was the most amazing person anyone ever knew,” wrote Yolanda Richards of Garfield. ” When she walked Into a room the whole place would light up with her energy. She had such a big heart and was the smartest thing walking.

“She always had her own style from the time she was born until the end of her days,” added Richards, who established a GoFundMe account for Alysha’s “homegoing service.”

“Alysha always had a song in her head and her heart. She was the daughter and sister niece and friend we never knew we wanted,” she added, “but we’re so blessed and privileged to have been a small bacon in her grand life. We love you pretty girl and we will meet again soon.”

Tom Kaminski of WCBS Newsradio 880 was first with images from the scene: