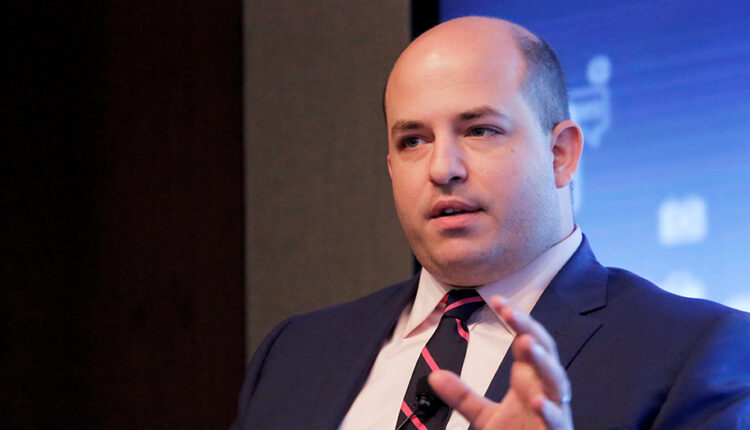 Headlines in the media on September 14th

CNN media reporter Brian Stelter admitted that his network had shifted to more editorials in recent years, but defended it simply as “pro-democratizing”.

During Stelter’s appearance at Lehigh University, visiting professor and former Good Morning America presenter Joan Lunden asked him about the postponement of journalists on CNN and elsewhere who are increasingly comfortable with their views up their sleeves.

“Now that there have been all these attacks on the free press, and in all honesty, attacked the real truth many times, did you have to change your attitude to somehow take a stand and give an opinion now? … Three or four years ago you would have said: ‘I’m not going there,’ “said Lunden.

Stelter said CNN has changed since 2015 when Donald Trump started his way to the Republican nomination and eventually the White House.

“Before 2015 there were certainly times when moderators spoke directly into the camera and took a position on certain topics,” said Stelter. “What you see a lot more since 2015 are these analysis segments, these perspective segments where we’re looking straight into the camera, talking directly to the viewer and evaluating the information out there, trying to tell you what ‘we’re seeing is true what we know to be true, and now sometimes what we stand for. “

Stelter admitted that CNN “evolved” because of Trump’s political rise.

“If a propagandist, a demagogue, runs for president, then becomes president and takes fairly clear anti-democratic positions, the idea that Anker … talked about democracy, talked about truth, talked about decency was understandable. said Stelter. “I don’t think it’s partial to be pro-democracy, pro-decency, pro-truth.

BRIAN STELTER ROASTED AS “TONGUE-WAGGING COMPANY MAN” FOR THE DEFENSE OF CNN, CUOMO, AFTER COLBERT PRESS HIM

“I think there are issues that are essential to America and journalism that need to be defended, and I think CNN has evolved where there are anchors like Anderson.” [Cooper] or Jake Tapper or, in my little way, myself, who occupy these positions. “

CNN’s Brian Stelter defended his network’s fall towards more editorialization since 2015 during a performance at Lehigh University.

CNN closely covered Trump’s breathtaking political rise and became one of its main antagonists in the press; Former White House correspondent Jim Acosta was notorious even among mainstream media peers for his great approach to covering him. Acosta delivered one of the monologues Stelter referred to on Saturday in which the bald left anchor lamented the divisions of the country since September 11, 2001.

CNN’s editorial positions lean sharply to the left, with Acosta, Cooper, Tapper, Don Lemon, Brianna Keilar and Chris Cuomo among the most outspoken voices mixing opinions with news broadcasts. The latter was trapped in his brother as a private advisor to his brother, former Democratic Governor of New York Andrew Cuomo, during his political sexual harassment scandal. CNN also made fun of the Cuomos conducting friendly interviews at the start of the coronavirus pandemic.

Tapper admitted that he had become more opinionated that year, but also described it as a matter of defending “decency” instead of charging a shilling for the Democrats.

“I don’t see my role as being particularly headstrong, except for things that I think it’s okay to have an opinion about, like truth and facts and just basic decency,” said Tapper. “But I’m not saying that this tax law has to be like that or that this particular law has to be passed. That’s not my style.”

Stelter focuses heavily on hitting conservative media in his coverage and often defends CNN and other liberal mainstream news channels from criticism. He described the country’s media structure on Monday as a battle between the truth-seeking mainstream press and nefarious right-wing media.

“We have two media. We have two countries, two media,” he said. “We have mainstream media, you know all the brands. We have mistakes, but we try. And we have this alternative media structure in the country …, confusing environment for the public. “