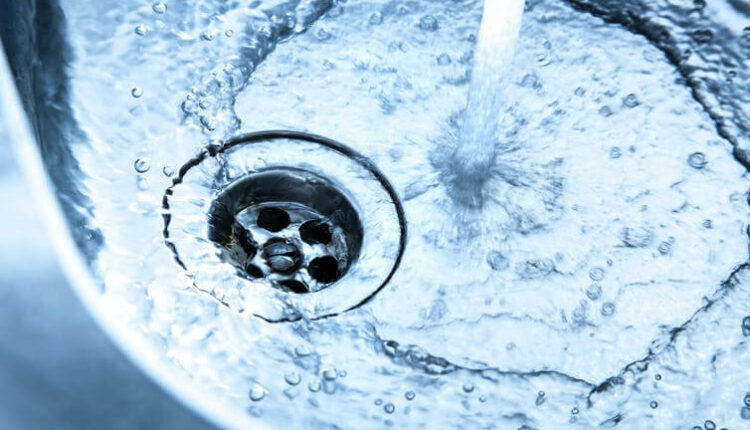 Cleaning up ‘forever chemicals’ must be a federal priority | Allison Stevens

The U.S. Senate faces a long to-do list when it reconvenes next month.

U.S. Rep. Gerry Connolly, D-Va.,  wants to be sure an important but fairly obscure environmental health bill makes the list.

It passed the House in July, thanks in part to Democratic members of our congressional delegation, and now awaits action in the upper chamber. “The Senate must take action,” Connolly told me by email.

The legislation would regulate and clean up per- and polyfluoroalkyl substances (PFAS), a class of toxins linked to cancer, infertility and other serious health problems. One such problem is compromised immunity, which may reduce the effectiveness of COVID vaccines — just as the delta variant surges across the state.

Used in tape, nonstick pans and other everyday items, these “forever chemicals” — so called because they build up in the blood — have been found in higher levels in NOVA’s drinking water than in other parts of the Washington, D.C., area, according to recent news reports. Levels in Prince William and Fairfax Counties were especially high.

The Virginia Department of Health is conducting a study of PFAS in drinking water in some water sources across the state. Preliminary results detected at least one PFAS compound above the “practical quantitation level,” or PQL, in water at 15 of 63 sampling locations (at 45 water systems) across the state, according to Tony Singh, a deputy director at the department. (For context, the PQL would amount to a few grains of sand in a swimming pool filled with it, as one group put it.)

Of these 15, 10 were in Northern Virginia (at water systems in Alexandria and Arlington, Fairfax, Loudoun, Stafford and Prince William Counties). And five showed PFAS levels equal to or greater than 10 parts per trillion.

The U.S. Environmental Protection Agency has not set a legally enforceable threshold for PFAS in drinking water. But Singh said the state’s findings are not cause for concern because they fall below the agency’s health advisory levels for two forms of PFAS, which are set at 70 parts per trillion.

Others, however, set the safety bar lower, and still others say virtually no amount of exposure is healthy.

When it comes to my drinking water, however, I’d rather be safe, not sorry. Environmental and public health advocates warn that we’re “inundated” with toxins in our air, water, homes and neighborhoods; I’m going for as few of them in my system as possible — especially if they never leave my body.

The comparison to grains of sand puts the threat in a less alarming context; but still: Who wants to swim in a pool with poison, even trace amounts of it?

That’s why I recently replaced our refrigerator’s activated-carbon water filter, which removes toxins from our family’s drinking water. I’m also considering a more expensive option: a reverse osmosis under-sink system, the gold standard of PFAS elimination. And I’m eliminating nonstick cookware, microwave popcorn bags, water repellent clothing and as many other PFAS-laden household items as I possibly can.

But individual actions like these aren’t enough. If chemical manufacturers won’t voluntarily rein them in and clean them up (unlikely), our government must step in.

Connolly agrees. “PFAS contamination is an urgent public health threat, especially in Northern Virginia,” he told me by email. The PFAS Action Act, he said, “is a long overdue step to addressing the health scourge of these forever chemicals.”

The legislation would curb PFAS contamination, identify health risks and inform communities about them, limit exposure in drinking water and in other products and take other steps. It’s similar to legislation that was passed in the House last year but died due to opposition from the GOP-controlled Senate and White House.

The bill’s fortunes are looking up this year.

The Senate is now controlled by Democrats, a party more favorable to environmental protections. The White House recently issued a statement in favor of the bill, and the bill may draw GOP support. Nearly two dozen House Republicans backed it, and some Republicans — including Shelley Moore Capito of West Virginia (R), the ranking member of the Senate Environment and Public Works Committee — may be sympathetic.

Other pending bills would also address PFAS, including an infrastructure package that would set aside $10 billion in PFAS funding and a defense policy bill that would clean up PFAS contamination at military installations. Both have good prospects.

Nothing is certain, especially given Democrats’ razor-thin Senate majority and opposition from water utilities, who fear the law could open them up to liability. Still, this could finally be the year for major action on PFAS.

That’s cause for hope, especially in these troubling times.

Allison Stevens is an independent writer, editor, and communications strategist in Northern Virginia. She can be reached at www.allisonstevens.com. Her work appears occasionally in the . She wrote this piece for the Virginia Mercury, a sibling site of the Capital-Star, where it first appeared.

Labor Day 2021, by the Numbers | The Numbers Racket

Study suggests that a “Solar Tsunami” could wipe out the internet completely within a decade. – ^