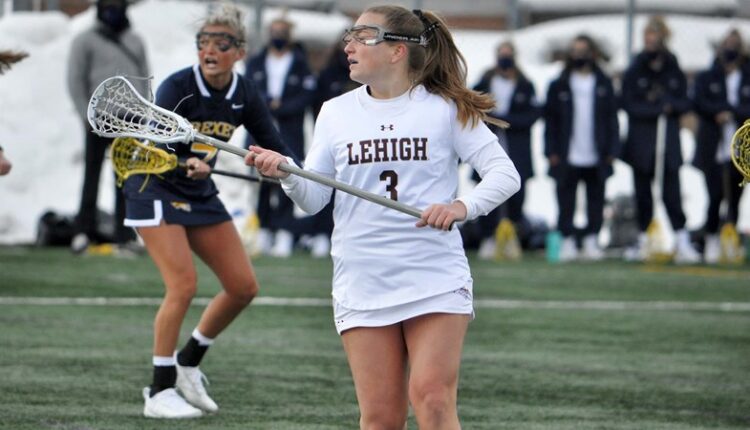 WASHINGTON, DC – Sophomore Katia Carnevale posted a career high of eight goals in just nine shots, and the Lehigh women’s lacrosse team allowed only three goals in the second half, en route to a 12:10 win at American Saturday afternoon . Six of Carnevale’s goals were starting goals while the other two were equalizers. In a game where no team was leading more than two. On Saturday was Lehigh’s first Patriot League game since the 2019 season. The Mountain Hawks improved to 2-2 in the young season and 1-0 in the league game.

“Today was a battle,” said Lehigh head coach Jill Redfern. “American played hard and I owe a hard-fought win to our team. Katia had a spectacular day of filming and Sondra had a couple of keys which resulted in sales keeping our win late in the game. Sam also played a key role in causing sales and 10 saves. “

Lehigh took a 2-0 lead before American responded with the next two. In the first half, the American took the lead 4-3. After goals from Redfern and Carnevale to bring the Mountain Hawks back into the lead, the Eagles finished the first half with a 3-0 run and a 7-5 half-time advantage.

The Mountain Hawks scored their first three goals in the second half, all in the first three minutes, and went 8-7 back. Carnevale scored five goals in the second half, including a stretch with five direct Lehigh hits. Successive Carnevale goals turned a 9-8 Lehigh deficit into a 10-9 lead. After the Eagles even pulled by 10, Carnevale converted a free position shot 11:27 to an 11-10 lead, which turned out to be a difference.

American ended up with a 29-19 lead on shots, a 12-11 lead on draw controls, and a 18-13 lead on groundballs. Senior Samantha Sagi made a season high of 10 saves against Delaney Oliveira of the Eagles, who scored three.

The Mountain Hawks will return home next Saturday to host Army West Point at 12 p.m.