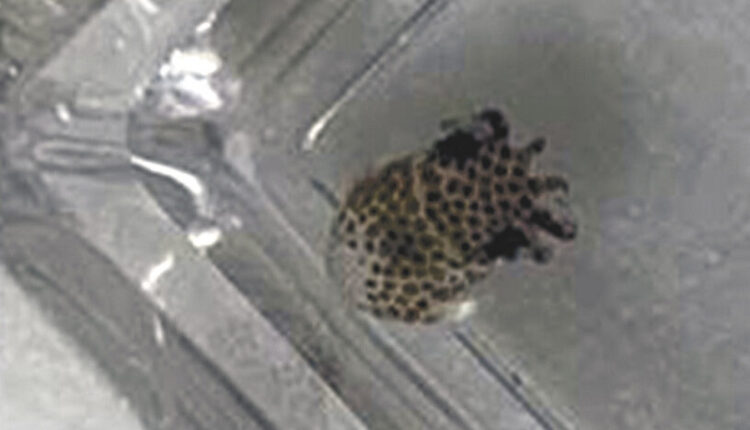 The Bailey-Matthews National Shell Museum reported that it received a healthy breeding population of hummingbird squid (Euprymna berryi) as well as a collection of viable eggs in June.

As the eggs developed, they turned yellow and began to expand. Before hatching, the eggs became swollen, translucent, and the hatchlings’ eyes became visible. They recently started hatching and healthy bobtail squids hatched.

According to the museum, the species has a short paralarval stage, ie the young are plankton and eat briefly in the water column before they settle on the substrate. Within 24 hours, they settled on the substrate and ate live mysids – small shrimp-like crustaceans.

“Having the young animals gives the museum staff (and returning guests) the opportunity to closely follow their growth and the changes associated with it.” Curator and Director of Science Dr. José H. Leal said.

The young animals will not be exhibited for the time being so that aquarists can monitor their behavior and eating habits. Meanwhile, a full-grown bobtail squid is in the “Living gallery”.

The Bailey-Matthews National Shell Museum is located at 3075 Sanibel Captiva Road in Sanibel.