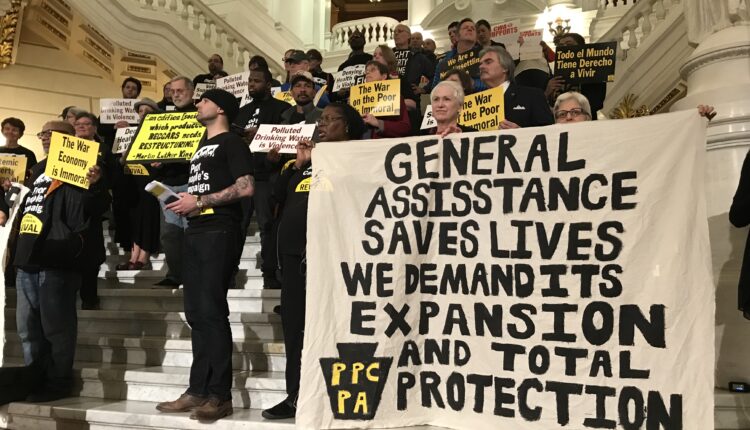 25 years after welfare reform, we need to ensure a real safety net for Pa. families | Opinion

Twenty-five years ago, on Aug. 22, 1996, then-President Bill Clinton “ended welfare as we knew it” – and made life much harder for the lowest-income Pennsylvania families.  The law he signed that day replaced the old Aid to Families with Dependent Children (AFDC) with a new block grant, called Temporary Assistance for Needy Families, or TANF.

TANF gave states discretion about how to spend the money that the federal government had previously given for cash payments to help low-income families get by. The new law gave states “block grant” funds that could be spent in many ways besides cash assistance, and provided incentives for states to reduce caseloads regardless of whether families had jobs or other sources of income.

And Pennsylvania has not changed the amount of help TANF families receive since 1990: A family consisting of a mother and her two children has received the same $403 a month in most counties since 1990, with no increases despite the cost of living more than doubling over the last 30 years.  $403 a month is just 22% of the federal poverty level for a family of three. Twenty states plus the District of Columbia have increased their TANF benefit levels in 2021, or will do so.  Pennsylvania should join in this momentum and increase benefits.

Families need cash assistance for many reasons. TANF is a crucial resource for parents fleeing domestic violence. It helps parents unable to work due to disabilities or other barriers to employment. It helps grandparents raising grandchildren whose parents have succumbed to opioid use. It pays for diapers, transportation, laundry detergent, feminine hygiene products, utilities and rent – all things that cannot be paid for with food stamps or any other source.  And it helps children, who may otherwise suffer lifelong consequences from severe poverty.

America’s social safety net’s history is one of purposeful and systematic exclusion of Black Americans. The problems with TANF and the hurdles to getting and keeping this vital income support are not accidental, but are a product of systemic racism that has affected TANF from the start.

The Meet the Need Coalition, a group of parents and advocates seeking improvements to the TANF program, recently surveyed parents on TANF asking them about its strengths and weaknesses.

We released our report this week, titled Meet the Need:  No Child Should Live in Deep Poverty. The parents we surveyed agreed that TANF is crucial for their families, but needs major improvements, especially a grant increase.

They also sought the ability to make their own decisions about whether to pursue child support against their ex – recognizing that the child may be better off with informal arrangements that do not alienate the other parent. And TANF parents want work and training programs that help them get good jobs, and more support as they make the transition to work.

The Meet the Need Coalition is asking Gov. Tom Wolf and the General Assembly to increase TANF benefits to 50% of the federal poverty level, or $915 a month for family of three. Twenty-five years after welfare reform, we need to ensure that the TANF program provides a true safety net for families, and that no child lives in deep poverty.

Louise Hayes is an attorney with Community Legal Services of Philadelphia.

Life without parole has turned Pa.’s prisons into hospices for the hopeless | Opinion