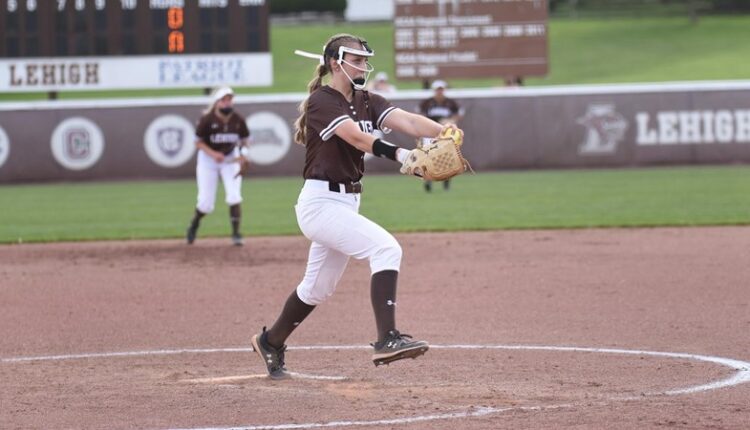 Young Repeats as Patriot League Rookie of the Week

BETHLEHEM, PA. – For the second straight year, Lehigh rookie Katelyn Young was named Patriot League Rookie of the Week. The left-handed thrower threw her second three-hit shutout in a row when she shut down Holy Cross on Sunday to secure an important double-header sweep for the Mountain Hawks.

Young faced just two fights in Lehigh’s 5-0 win over Holy Cross on Sunday. She allowed three singles, went a punch, and hit six for her sixth win of the season. Young allowed a single game in each of the first two innings, but started 1-6-3 doubles on both occasions to end the threats.

For the season, Young is now 6-7 with a 4.14 ERA. She has two shutouts and combined a third with junior Gabriella Nori earlier this year. Young now has 54 strikes in 66 innings.

Nori and Junior Jaelynn Chesson received Honorable Mention for their performance against the Crusaders.

At the opener on Sunday, Nori beat eleven batters in the season and only allowed two unmatched runs with two goals in Lehigh’s 7-2 win. Together, Nori and Young failed to allow a deserved run in their final 28 innings as the Mountain Hawks won four games in a row.

Chesson went 4 against 8 in the double bill on Sunday with five RBIs. She went in the first game with an RBI single, an RBI double and her fifth home game of the season 3 against 4 and then competed in the first two rounds of the second game a sixth inning double. In 26 games, Chesson has 15 doubles and 39 RBIs. It ranks in the top 5 nationwide in both doubles per game and runs per game.

The Mountain Hawks (12-14, 10-8 Patriot League) end the regular season this weekend with a home-and-home series of four games against rival Lafayette. Lehigh and Lafayette will play a double header in Easton on Saturday, starting at 12:00 p.m., and another double-header on Sunday at 12:00 p.m. in Leadership Park. All four games are to be broadcast on ESPN +.