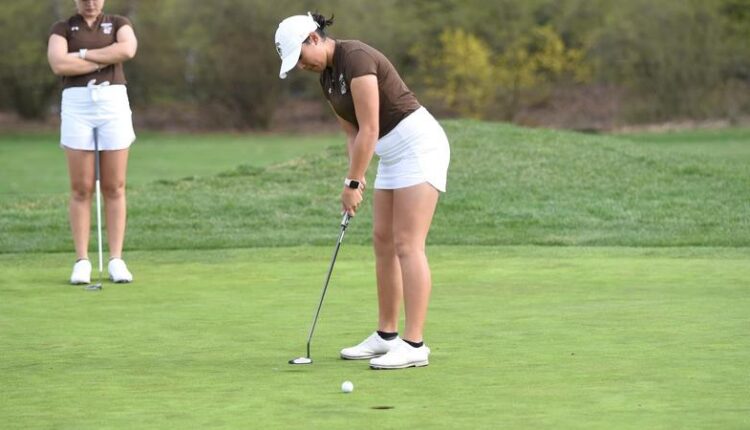 REHOBOTH BEACH, Del. – First-year Evelyn Wong was part of a five-way tie for first place as the Mountain Hawks opened their fall season at the Hornet Classic at the Creek, which wrapped up Tuesday at Kings Creek Country Club. Wong ultimately lost in the playoff, but helped lead Lehigh to a third place finish out of 11 teams with a final score of 910 (290-314-306).

Sophomore Madison Pineda and first-year Yuki Zhu joined Wong in the top 15 individually to pace the Mountain Hawks in their first fall event.

Wong shot three over par 74 on Tuesday, with one birdie and finished the tournament at 219 (71-74-74). She was in or near the lead for most of Tuesday’s final round but ultimately fell into the five-way playoff with two players from Howard plus one apiece from Delaware State and LIU.

Pineda picked up where she left off in the spring, adding another top-10 finish to her credit. She also shot 74 in the final round with one birdie and finished in seventh place at 222 (71-77-74).

Sacred Heart claimed the team title at 886 (288-300-298), six strokes better than runner-up Howard. Lehigh’s program record opening round 290 was the second lowest round of the tournament.

Next up for the Mountain Hawks will be the Navy Fall Invitational, Oct. 1-2 in Annapolis, Md.

Former ‘lifers’ call on lawmakers to end ‘death by incarceration’