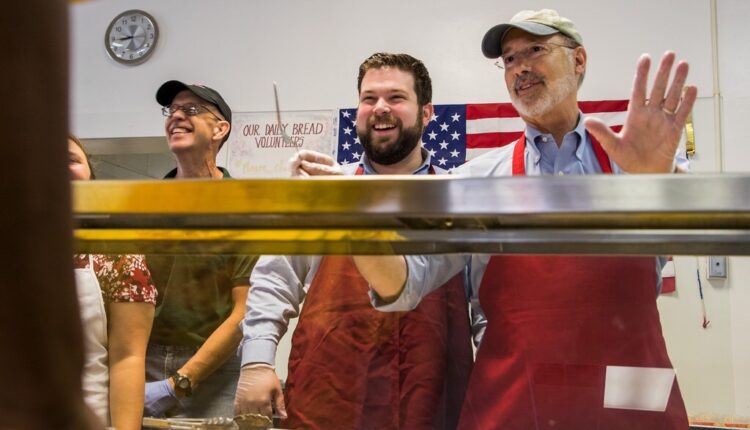 Tom Wolf’s governorship started in his famous Jeep but his expansive legacy was driven by a strong moral compass, a belief in good government, and a commitment to helping all Pennsylvanians, especially those so often left behind by their leaders.

I had the privilege of working for Gov. Wolf for five years. In addition to being a progressive champion on policy, “the Gov” truly believed in the ideals that make our representative democracy strong: fair and free elections, accountable and ethical leadership, and a commitment to justice and opportunity for all.

These values drove Republicans and many others in Harrisburg nuts. But they served the people of Pennsylvania well. They  overwhelmingly elected him twice, making a relative political novice into an electoral juggernaut. He didn’t do it alone: an incredible team of professionals on his staff, and a coalition of organizers and advocates, helped him drive Pennsylvania in a better direction.

Over the last eight years, Pennsylvania saw significant progressive change enacted under the leadership of Governor Tom Wolf. In listening to the voters, Gov. Wolf prioritized protecting our freedoms, making our economy and schools more equitable, and improving communities for all in Pennsylvania.

And this list truly just scratches the surface of what Wolf and his administration was able to accomplish.

He vetoed terrible bills that would have undermined our public schools, environment and system of justice. Thanks to his leadership, Pennsylvania’s state government is also in its most secure and prosperous position in decades. Gov. Wolf inherited a financial mess from Republicans in 2014 and turned a multi-billion dollar deficit into a more than $10 billion cushion of protection for vital programs and services.

These accomplishments weren’t easy. In my time as Gov. Wolf’s press secretary, I spent many days on the road with him, promoting his agenda and showcasing the need for more to be done to help Pennsylvania. Between stops at hot dog shops, Gov. Wolf understood the value of getting out of Harrisburg and doing the work needed to get public support for his policies.

In the end, the governor held his own, maintained a steady approval rating, proving to be an asset, not a drag, for his successor. In the 2010 election, attack ads routinely featured the outgoing governor. In 2022, Gov. Wolf appeared in virtually zero Republican ads at any level of the ballot.

And the good news for Pennsylvania is that with Democratic Gov.-elect Josh Shapiro’s resounding victory, Gov. Wolf’s legacy will be protected for years and decades to come.

Pennsylvania’s governorship typically switches from one party to the other after a four- or eight-year term. But this year was different. Thanks to voters and organizers, Gov, Wolf’s legacy and policy accomplishments can be protected.

Gov. Wolf and his staff navigated two of the biggest challenges that the country has faced in decades: the COVID-19 pandemic – bungled by the former president – and the 2020 election crisis – instigated by the same former president.

Gov. Wolf handled these crises with class and a clear determination to do the right thing. I remain proud of his commitment to protecting people, workers and voters through this difficult period.

Over the last eight years, Gov. Wolf has delivered on his promise of a government that actually works for the people of Pennsylvania, including better education and care, a fairer economy and justice system, and more opportunities for everyone to thrive in their communities, no matter where they live or how they got there.

I am grateful to Gov. Wolf, his amazing partner, Frances Wolf, and every fellow member of the Wolfpack who worked tirelessly over the last eight years to steer Pennsylvania towards a better future for all.

It was the honor of my life to be a part of it.

J.J. Abbott served as press secretary and deputy press Secretary for Gov. Tom Wolf from 2015 until 2020. He now serves as executive director of Commonwealth Communications, a strategic communications firm in Harrisburg.