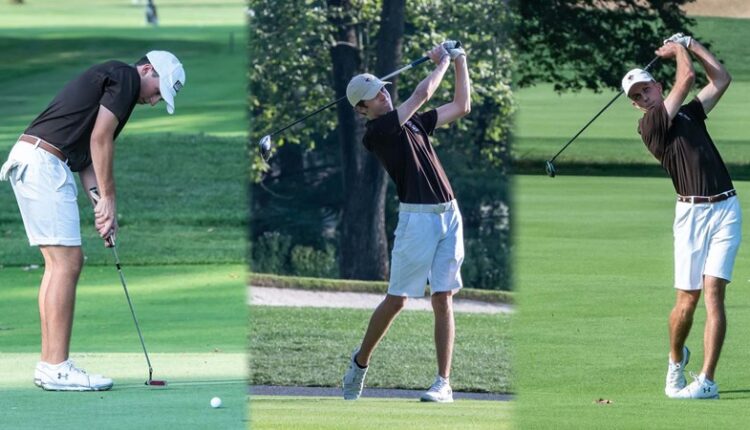 BETHLEHEM, Pennsylvania – Three members of the Lehigh men’s golf team have been recognized by the Golf Coaches Association of America as Srixon / Cleveland Golf All-American Scholars for the 2020-21 season. Fifth grader Owen Quinn was honored with Scholar All-America for the third year in a row and was accompanied by Sam Barton and Joey Dotta for his sophomore year.

To qualify for the Srixon / Cleveland Golf All-America Scholar Division I team, an individual must be a sophomore, junior or senior academic, participate in 40 percent of their team’s competition rounds, have a batting average below 76.0, and a minimum cumulative grade point average of 3.2.

Quinn ended his Lehigh career as a three-time Academic All-Patriot League winner and a five-time member of the Patriot League Academic Honor Roll. In the spring, he issued a GPA of 4.0 to work on his degree in technical entrepreneurship.

On the pitch, Quinn occupied first place in Lehigh’s lineup for most of his last four seasons, averaging 75.67 in the spring.

Barton was Lehigh’s top performer on the court in the 2021 season and received the first-team All-Patriot League awards after finishing third in the Patriot League Championship. He led the Mountain Hawks with an average of 73.4 points and has a grade point average of 3.72 as a finance professional.

Dotta is journalism with a GPA of 3.50. He posted a scoring average of 75.89. Like Quinn and Barton, Dotta played Lafayette in all nine competitive scoring rounds that spring and in the Presidents’ Cup games. At the Lafayette’s Invitational in April, he was among the top 10.

12,000 Square Miles Without Obstetrics? It’s a Possibility in West Texas