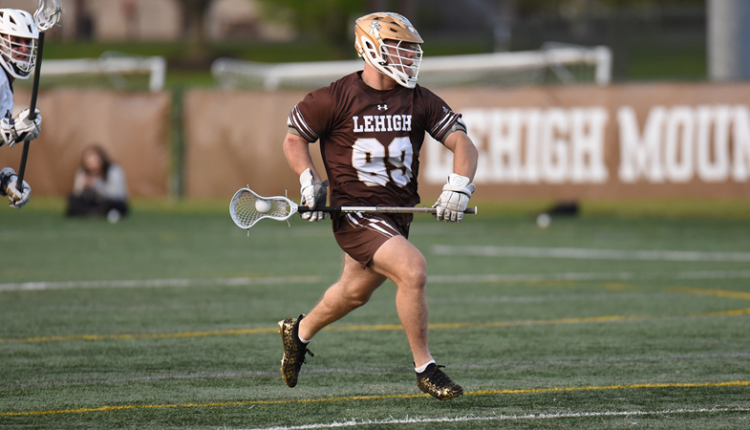 BETHLEHEM, Pa. – A few days after garnering honorable mention All-American by USA Lacrosse Magazine, Lehigh men’s lacrosse senior Mike Sisselberger was named a third team Media All-American by Inside Lacrosse, as announced on Sunday night. He becomes the first Mountain Hawk to be named a first, second or third team All-American in back-to-back seasons since Craig Chick was second team in both 2018 and 2019.

Sisselberger stands third nationally in faceoff percentage (62.8) and second in groundballs per game (9.40). His 141 groundballs are third in program history for a season, and tied for third in Patriot League history. The two-time reigning Patriot League Faceoff Specialist of the Year was named the league’s Faceoff Specialist of the Week three times in 2022 to increase his already league record to nine in his career. One of 25 Tewaaraton Award nominees, Sisselberger won 18-of-22 against Navy in the Patriot League opener, 17-of-25 at Army West Point and 20-of-27 vs. Bucknell.

Sisselberger opened the season with a dominant 14-of-16 effort at NJIT and also won 20-of-26 against Holy Cross. He won 15-of-23 against Navy in the Patriot League Quarterfinals then 18-of-28 at Boston University in the semifinals, including all five in the fourth quarter and one in overtime. Sisselberger’s 325 career groundballs are good for second in program history. His 226 faceoff wins in 2022 were second in Lehigh men’s lacrosse history, passing his own total of 225 last season (and only behind Conor Gaffney’s 249 in 2019). It was also good for fourth in league history.