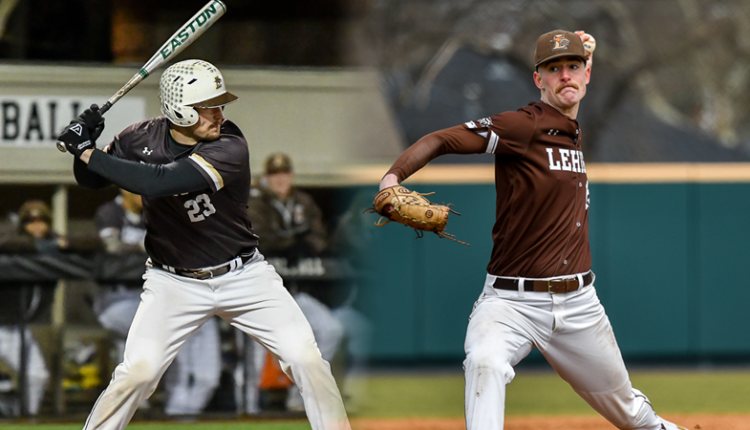 Rother batted .600 (9-for-15) with three doubles, four runs scored, five RBIs and 12 total bases in Lehigh’s 3-1 weekend against Mount St. Mary’s. He also walked once and was hit once, slugging .800 and reached base at a .611 clip with an OPS of 1.411. In the field, Rother made 30 putouts and two assists in 32 chances. He closed out the Mountain Hawks’ 5-1 victory over the Mountaineers on Sunday and earned his first career save on the mound. Rother’s multi-hit weekend ups his current hitting streak to six straight games.

Rettig was stellar for the second consecutive start, improving to 2-0 on the young season with a 0.00 ERA. He threw five strong innings in the first game Saturday vs. Mount St. Mary’s, allowing one run (none earned) on one hit with 10 strikeouts. Through nine innings pitched so far this year, Rettig has yet to allow an earned run with just three hits given up and 14 strikeouts.

Rother is Player of the Week for the second time in his career after winning once in 2021, while Rettig earns Pitcher of the Week honors for the first time. He was Rookie of the Week once during the 2019 season.

The Mountain Hawks continue their campaign Friday at Delaware State, the first of three games this weekend at Dover. First pitch from Bob Reed Field is scheduled for 2 pm