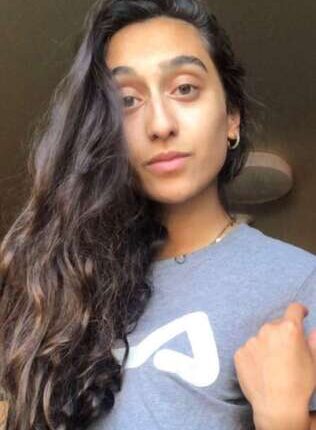 The 18-year-old senior at Parkland High School writes poetry, short stories, and essays that combine an older tradition of eloquence with a modern view of the world today.

“I read a lot of classical literature and poetry from the 18th and 19th centuries, but I also add a lot of modernism and contemporary styles to my own poems,” said Kothare in a telephone interview.

“I am interested in the origin of words. I like exploring languages ​​and playing around with vocabulary and using some dark words. “

A verse from her poem “The Broker’s Ballad” could have been written a few hundred years ago: “Nonetheless, he remained powerful, a tyrant who turned the tide of stocks / his conquests were diabolical, he was quick to be happy and to close to mock. ”

The opening verse of “The Dregs” suggests a modern image: “And they went dancing in the rain, stepped on glass with bare feet and drank acid to numb the brain / screams that rang loudly and indiscreetly.”

In January, Amanda Gorman, a young woman of 22, read her thesis on the inauguration of President Joe Biden. Kothare says Gorman “inspired other people. It turned out that everyone can express themselves through poetry.

“It has a wonderful ability to convey a message. Our modern society errs on the side of brevity. “

In the social media environment where people consume brief bursts of information, poetry can convey an emotional message in just a few words.

“The poetry makes a brief commentary on social human issues,” she says.

Kothare was admitted to the Massachusetts Institute of Technology, where she plans to graduate in chemical engineering with a major in biology.

In 2018, at the age of 15, she won a major award for biomedical research at the Intel International Science and Engineering Fair.

Your father, dr. Mayuresh Kothare, is RL McCann Professor and Chair of Chemical and Biomolecular Engineering at Lehigh University.

Her mother, Simone Kothare, has a PhD in chemical engineering and is a business development manager for Air Products and Chemicals, Inc.

Kothare grew up in India and Brazil, where her mother is from, as well as in the United States to gain insights into different languages ​​and cultures.

Kothare has been the presenter of the “Teen Connect” program on WDIY Lehigh Valley Public Radio for about a year. The show explores local and global issues affecting youth and the community. She became host after being interviewed on the station about her academic research and historical essays.

The title of her book “Crooked” was inspired by what she says is the warped world we live in. The middle of the book contains four short essays, which she calls “poetic discourses”, on philosophical issues. She says the format of the book was inspired by her time on the Parkland Debate Team.

“They are essays without a lot of facts. As the Debate Captain, I had to teach essay writing. You write an introduction with a “hook” to give the audience a picture, followed by organized facts to support the premise. “

The proceeds from “Crooked” will be donated to the construction of a computer laboratory in Kenya. Kothare leads a cultural exchange project with Kenya.

“In the elementary school I used to go to, there were pen pals with Kenya. Children talked about art projects or books they read. There would also be live video chats and virtual correspondence. “

She contacted the Baum School of Art in Allentown and local churches to provide relief supplies to Kenya.

“Crooked” concludes with three short stories and a preview of their next project, a novel “The Donovan Homicide,” set in Boston, New York City and Europe.

“It’s a change from what I did before,” she says, “a crime thriller set in the 1970s. The hero is partly Sherlock Holmes, but with mistakes that come from a less than ideal background.”