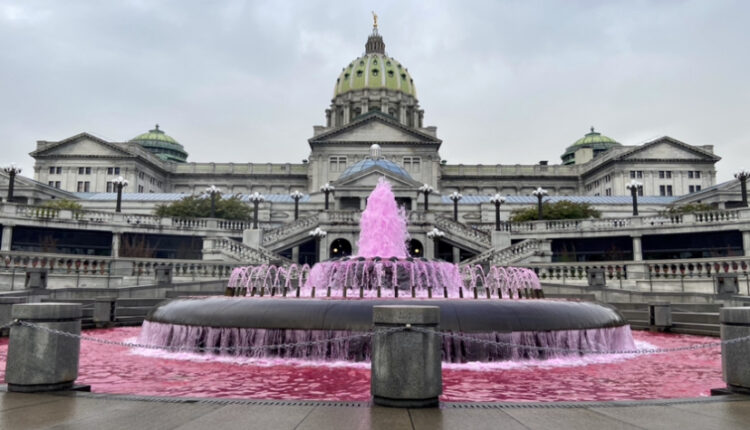 The Pennsylvania Senate on Wednesday approved two pieces of legislation that eliminate out-of-pocket costs for breast cancer screenings for high-risk patients and remove costs for genetic testing and counseling for hereditary cancers.

The Republican-controlled chamber voted unanimously to send a bill authored by Sen. Bob Mensch, R-Montgomery, and another bill from Senate Majority Leader Kim Ward, R-Westmoreland, to the House for consideration.

Pat Halpin-Murphy, the president and founder of the Pennsylvania Breast Cancer Coalition, called the bills “a great leap forward.” She added that the legislation will ensure early detection of breast cancer, helping with treatment before it progresses.

“This legislation is incredibly important to women and their families all across the state,” Halpin-Murphy said. “Both bills, although they work on different medical procedures, are the same in that they are both screening tests for breast cancer screening to find breast cancer at its earlier, most treatable stage.”

Data from the Centers for Disease Control and Prevention show that about 264,000 breast cancer cases are diagnosed in women and 2,400 in men each year in the United States. About 42,000 women and 500 men nationwide die annually from breast cancer.

“We got here because I got breast cancer,” Ward, who received a breast cancer diagnosis and underwent a double mastectomy last year, said during a press conference outside the Capitol fountain, which is dyed pink for Breast Cancer Awareness Month.

Ward, who outlined her experience trying to get a screening, described the legislation as a “prevention bill,” noting that her insurance and position as a state lawmaker helped her access and pay for testing not everyone could afford.

Mensch’s bill covers costs for one supplemental breast screening every year because a person is at an increased risk of breast cancer due to their personal or family history, genetic predisposition, dense breast tissue, or radiation therapy.

Mensch said the legislation “puts us on the right track to curing” cancer but added that there’s still work to do to meet the goal of the Pennsylvania Breast Cancer Coalition, which is “finding a cure today, so our daughters don’t have to.”

“Those of you who have family members [or] loved ones that have been diagnosed with breast cancer — two words for you: Be there,” Mensch said. “Help them with their mental, physical pain, anguish.”

Ward’s proposal requires that health insurance policies offered, issued, or renewed in Pennsylvania cover BRCA-related genetic counseling and testing. Minimum coverage requirements include all costs associated with genetic counseling and — if indicated after — a genetic laboratory test of the BRACA1 and BRCA2 genes for those deemed “an increased risk” of potentially harmful gene mutations.

“It is important for families to know and for people to know if they have this gene,” Ward said. “If I had known I had this gene years ago … things might have been different.”

All women have BRCA1 and BRCA2 genes, but only some have mutations in those genes. If someone’s biological parent has a BRCA1 or BRCA2 gene mutation, they have a 50 percent chance of having the same mutation.

Federal government has given $800M to keep indebted farmers afloat