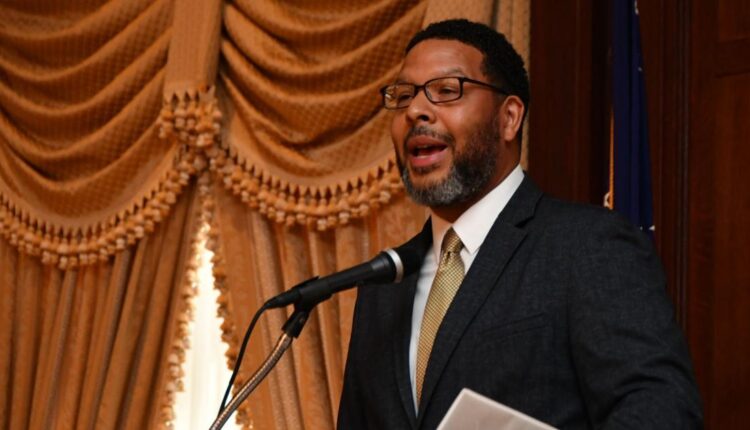 Otis Hackney is stepping down as Philadelphia’s chief education officer.

The announcement was made by Mayor Jim Kenney Wednesday. Hackney’s tenure will conclude at the end of October. The Office of Children and Families will oversee the city’s education policy priorities following Hackney’s departure.

“It has been an honor to serve as Philadelphia’s Chief Education Officer and work alongside City and District leadership to support the success and well-being of our students,” Hackney said in a statement.

“I am proud of the progress we have made to align our efforts and resources in support of schools, expand opportunity for students of all ages, and set a foundation for further success,” he added.

Appointed by Kenney in 2015, Hackney succeeded Lori Shorr, who served as the city’s chief education officer throughout the eight years of the Nutter administration.

During his tenure, Hackney led the Mayor’s Office of Education and oversaw two major education initiatives during Kenney’s first term including the launch of the city-funded, quality pre-K program PHLpreK and the creation of Community Schools in partnership with the School District of Philadelphia .

He also facilitated the Administration’s successful effort to return Philadelphia’s public schools to local control under a Mayor-appointed Board of Education.

During Kenney’s second term, Hackney spearheaded the Octavius ​​Catto Scholarship, a partnership between the City and Community College of Philadelphia which provides last-dollar tuition and basic needs support to eligible students.

At the beginning of the COVID-19 pandemic and in partnership with the Office of Innovation and Technology, Comcast and the School District, Hackney oversaw the successful launch of PHLConnectED, which provides free internet access to students’ households.

Most recently, Hackney advised the Board of Education throughout the process of searching for and hiring a new superintendent for the School District of Philadelphia.

A Philadelphia native, Hackney started his career as a math teacher at Germantown High School. He served as principal at South Philadelphia High School and Springfield Township High School in Montgomery County, where he became the school’s first African American principal.

In a statement, Kenney thanked Hackney for his hard work and dedication to the city and schools.

“Under Otis’ leadership the City successfully expanded free, quality pre-K, established community schools in neighborhoods across the city and expanded college and internet access for Philadelphia students,” Kenney said in the statement.

“All while helping return school governance to local control, establishing the Board of Education, supporting the alignment of City programs serving children and youth and strengthening the collaboration between City government and our education partners,” he said.

“Our City’s future is brighter because of Otis’ dedication to serving students, schools and families,” he added. “I thank him for his years of service and wish him the best in his next leadership role.”