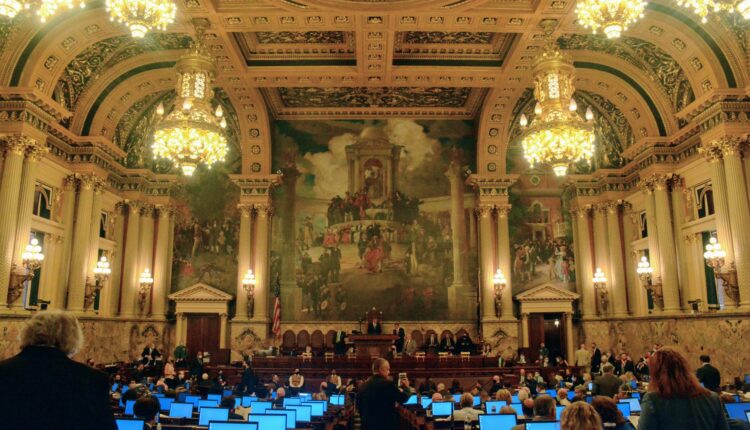 But for Harrisburg Democrats in particular, the new maps may be a way to quickly reverse a decade-plus out of legislative power.

References to the coming new maps have become a common way for the party’s leaders to wave off political concerns. Even during Biden’s first midterm election next year, which will likely be tough on the party, some are seeing mild reasons for optimism with a fair redraw.

“This leadership team … recognizes that if we have fair districts, Democrats will win. We don’t need gerrymandered Democratic districts, and frankly we don’t want that,” Democratic strategist Joe Corrigan said. “What we want is as close to 50-50 as we can get.”

With their small districts — state House seats are 64,000 people each, and state Senate seats are 260,000  — the impact of shifting demographic trends will be easy to see.

The 253 state legislative districts — 50 in the Senate, 203 in the House — will be drawn by the Legislative Reapportionment Commission.

The commission is made up of the four floor leaders, representing the House and Senate Democratic and Republican caucuses, as well as a chair. This year, the chair is former University of Pittsburgh chancellor Mark Nordenberg.

Observers have told the Capital-Star they expect three to four state House districts and one state Senate district to move from the rural, mostly Republican western and northern parts of the state, and into a growing, triangular region linking  Philadelphia, Harrisburg, and Allentown.

“If you look at where the population declined, those state House seats are primarily decided in the Republican primary,” GOP consultant Christopher Nicholas told the Capital-Star. “If they move anywhere into that triangle, they are moving into regions that are much more competitive.”

Despite those success, Democratic state legislative candidates have failed to win, leaving the party in the minority for years. Democrats last controlled the House in 2010; they last led the Senate for a brief moment in the 90’s. The party needs to flip 12 seats to take the House, and five to win the Senate.

A clean redraw, with no eye on how it impacts current lawmakers no matter the party, may help Democrats efforts, Corrigan argued.

Pennsylvania political analyst Ben Forstate, who’s been studying Pennsylvania’s redistricting history back to the 1960’s, said that the current maps show the scars from round after round of gerrymandering by both parties.

“There’s been so many different types of gerrymandering over the years on these maps,” Forstate told the Capital-Star. “Minimizing minorities, cracking municipalities to get at members — all of these have been baked in.”

On the partisan side, he pointed to how the 2012 state House map divided up the Lehigh Valley to draw competitive suburbs in Republican rural areas.

But other quirks of the old maps, such as the splitting of the neighboring suburban Philadelphia municipalities of Radnor and Haverford, have also stuck around.

All of this, Forstate said, shows how historically, lawmakers’ preferences have come first, and other concerns second.

A blank slate may also benefit the state’s growing minority populations. For instance, Pennsylvania’s General Assembly has just three Latino members, all of whom are men. That’s about 1  percent of the Legislature’s seats.

But according to the new census data, Latinos were one of the fastest growing groups in the state, and now make up 8 percent of the commonwealth’s populations.

And “if we don’t see more representation, I would bet it’s because of the way the lines are drawn,” Wakabayashi told the Capital-Star.

The growth in minority voters doesn’t necessarily have to hinder the GOP, argued Nicholas. His party could lean into one of the few bright spots of 2020: former President Donald Trump’s relative over-performance among minority voters.

While the General Assembly still could likely be kept under new maps, the new numbers don’t look good for the Republican Party’s statewide chances.

The GOP, Nicholas said, has been “relying more and more on old white people in the hinterland,” and “we’ve kind reached the end of that growth there.”

Whoever wins the 2022 gubernatorial race, legislative leaders will be making many decisions in the coming private and highly consequential talks among the commission this fall that will influence the state’s political makeup for the next ten years.

All four leaders on the commission have noted their interest in fair maps, though definitions of fair have not yet been forthcoming.

“Redistricting is about ensuring your representation, not anyone’s reelection,” Senate Minority Leader Jay Costa , D-Allegheny, said in a statement. He’s since added he would be comfortable delaying next year’s election to make sure the maps aren’t rushed. ​​

Senate Minority Leader Jay Costa, D-Allegheny, indicates he doesn’t want to rush the maps due to statutory deadlines. He expressed interest in changing deadlines to allow time for the process.

In the past, Democrats noted, their leadership has been willing to trade a competitive map for safer districts for some members. The current map embodies this, particularly in parts of western Pennsylvania drawn to preserve the party’s dwindling rural support.

Corrigan will be watching closely to see if Democratic leadership makes the same move.

“What we can’t afford is what has happened in the past where deals have been cut to make safe Democratic seats at the expense of a Democratic majority,” Corrigan said.

Democratic lawmakers also told the Capital-Star that they haven’t yet talked with leadership about the new census data.

“Historically, leadership knows they need votes from their members to be elected,” state Rep. Peter Schweyer, D-Lehigh, told the Capital-Star. “But I have had no conversations on that very topic.”

The commission must now certify the data, which must be matched to Pennsylvania’s election districts. Then, a 90-day clock to draw a preliminary plan begins.