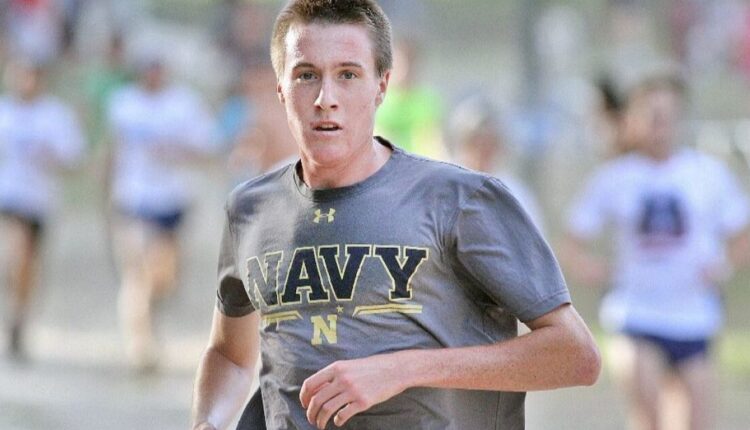 The following are updates on local athletes at the collegiate level.

Navy secured a spot by finishing runner-up at the Mid-Atlantic Regional Championships at Lehigh University in Bethlehem, Penn. on Friday afternoon.

The Midshipmen finished with 109 points with all five scorers placing in the top 30. Only Princeton (57) was better.

The La Crescenta resident helped the cause by finishing third for his team and 24th overall with a mark of 30 minutes, 55.4 seconds on the 10-kilometer course.

Navy will be advancing to the NCAA Championships in Louisville at 8:45 am (PST) on Saturday for a second straight year and 12th time overall in program history.

As a squad, Navy finished second in the Patriot League to Army, while Collison finished fourth for his team and 13th overall in 24:42.83 in the 8K league finals, also at Lehigh on Oct. 28

Chapman (6-2) is headed to the NCAA Division III Football Championship where it will play a first-round against host Mary Hardin-Baylor of Texas and Mudie is a huge reason why.

On Sept. 30, Mudie scored on a one-yard rushing touchdown on an untimed down for the final play in a 42-40 victory against Pomona-Pitzer. He rushed for 104 yards in 21 carries and added a pair of catches for 32 yards and was named SCIAC Player of the Week for his efforts.

Chapman was scheduled to play Occidental on Saturday, but Occidental canceled its football season due to a depleted roster.

Chapman’s final game of the regular season ended up being a 48-38 win over Claremont Mudd-Scripps on Nov. 4. Mudie had 12 carries for 98 yards and two touchdowns. His best game so far was likely a 38-21 win at La Verne on Oct. 21 in which he had 15 carries for 166 yards and two touchdowns. It was part of a span in which Mudie ran for greater than 100 yards in five straight games. He hasn’t rushed for less than 88 yards in a game this season. Heading into the playoffs, he’s run for touchdowns in three straight games.

Joe’s younger brother Will, an All-Area selection as a linebacker for St. Francis last season, is a freshman with Chapman and has tallied three tackles.

Grant Kraemer (Glendale Community College, 2015) Drake University senior: The senior gunslinger has more than proven himself an apt passer for the Bulldogs.

In his last action Saturday, Kraemer and Drake roared to a 45-10 victory over host Campbell in Pioneer League action.

Kraemer was impressive in completing 17 of 20 passes for 369 yards and three touchdowns with no interceptions.

Drake, which was picked to finish fourth in the coaches’ league preseason poll, is currently tied for second with a 6-4 overall mark and 5-2 conference record, which ties Drake with Jacksonville. San Diego leads the league at 8-2 and 7-0.

The tie at runner-up will be broken this weekend as Drake concludes the regular season hosting Jacksonville (7-3, 5-2) in Des Moines, Iowa at 11 am (PST) on senior day.

Kayla Lund (Flintridge Sacred Heart Academy, 2017) Pitt volleyball freshman: A two-time All-Area Girls’ Volleyball Player of the Year and multiple-time MaxPreps All-American, Lund has already won three ACC Freshman of the Week honors this season and established herself as a stellar player on the NCAA Division I level.

Her latest effort was Sunday in a four-game win over Duke in which she had 12 kills and three digs. The win improved Pitt to 21-6 as it is in a three-way tie with NC State and Louisville atop the conference standings at 14-2.

Sunday’s match was the last home tilt of the regular season for the Panthers with four matches remaining, beginning Friday at Clemson.

It was her 11th double-double this season following a sophomore campaign in which she led Seton Hall with eight.

Coffey, who was a two-time All-Area Girls’ Volleyball Player of the Year, and Co. return to action with a conference matchup at home Friday against Butler.

Lara Minassians (Flintridge Sacred Heart Academy, 2017) Occidental College volleyball freshman: Minassians turned in a solid debut season for the Tigers and was recognized for her character on the court, as well.

Minassians, a setter, played in all 25 matches for Occidental and was named to the Southern California Intercollegiate Athletic Conference All-Sportsmanship Team.

Minassians’ 368 assists were second on the team and she added 25 kills, six aces and 49 digs.

Against Chapman on Oct. 3, Minassians turned in a season-high 40 assists in a 3-2 SCIAC victory. The freshman truly found her stride down the stretch as she notched double-digit assists in the final 10 matches of the season.

Oxy finished the year on Oct. 28 with a 3-0 loss to Chapman in which Minassians had 10 assists and four digs. The Tigers posted a 13-12 record with an 8-8 mark in conference.

Alissa Shinn (Crescenta Valley High, 2016) Pasadena City College sophomore: In her second season in the Crown City, the former All-Area Girls’ Basketball Player of the Year is putting on a show.

Shinn finished with an astounding 34 points and 25 rebounds to pace the Lancers to a 64-46 victory over Los Angeles Southwest College on Friday evening in the semifinals of the PCC President’s Roundball Classic.

Shinn’s 25 rebounds were the third-most by a PCC player ever and marked the first time any Lancer had tallied such a total since 1993. The combined total of points and rebounds was the second-best in school history.

The only bad news for Shinn is that victory was followed up with a 72-36 loss to College of the Sequoias in Saturday’s tournament championship.

A $30 Million Gift to Build an Addiction Treatment Center. Then Staffers Had to Run It.