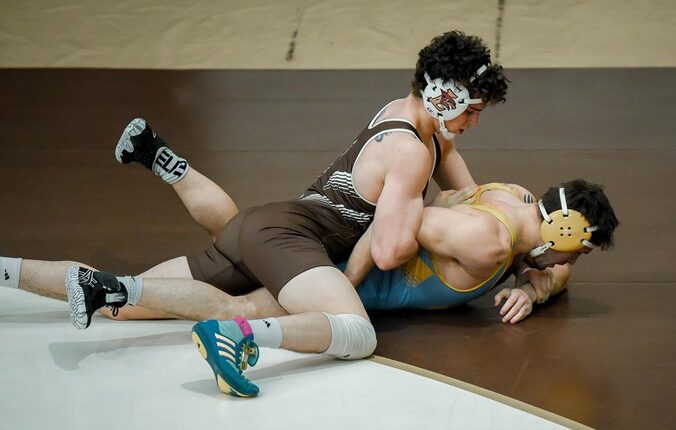 BETHLEHEM, PA. – The Lehigh wrestling team finished a 2-0 weekend at home with a dominant performance in a 46-0 win on LIU Sunday at the Leeman-Turner-Arena in Grace Hall. The Mountain Hawks recorded four falls, adding three additional bonus point wins on the way to their first shutout in nearly five years.

Lehigh had a 28-0 lead in the defeats and allowed only two attack points, a reversal in the final fight of the brace. Four Mountain Hawks recorded their first career wins in brown and white, while two others won their first doubles competition.

Before Sunday, Lehigh’s last win by Shutout was a 54-0 triumph over Bloomsburg on February 14, 2016.

The dual started at 165 when real freshman Thayne Lawrence defeated Ryan Ferro 3-1 for his first career win. Lawrence drove out the second period and escaped to open the third, plus riding time to score in his favor.

JT Davis continued the real newbies run to start doubles, making a 10-1 decision over Dan Shafran at 184 for his first win in doubles career.

The three true newbies then turned it over to fifth-year seniors, Jake Jakobsen and Jordan Wood, who recorded two falls in a row to put the Mountain Hawks 25-0 up at halftime.

Jakobsen took a takedown straight into a cradle to pin TJ Franden in 1:07 at 197, and then Wood followed with his second fall of the weekend, which took just 31 seconds to pin Tim Nagosky at 285.

The second half of the dual began with Lehigh’s fourth fall. True freshman Sheldon Seymour took his first career win, setting Brandon Mercado in 1:44. Seymour had built an 8-1 lead behind two takedowns and a four-point lead over the pin.

Sophomore Mitch Polito scored his second win of the weekend with 133 with a 7-1 win over Devin Matthews. Polito scored takedowns in each of the first two periods and added a stalling point, escape and riding time.

True newbie Drew Munch started at 141 and scored his first career win with a 6-2 decision over Drew Witham. Munch scored takedowns in each of the first two periods and added a third escape and riding time.

At the age of 149, the postponed newcomer Paul Watkins scored his first career win, collecting 17 points in a 17-4 decision over Anthony Dushaj.

Freshman Luca Frinzi was the fourth Mountain Hawk to book a 2-0 weekend as he completed the doubles with a 19-4 technical fall against Kenny Cooper at 157. Frinzi secured the match-end takedown with just 10 seconds in the fight.

On Sunday there were two additional matches in which Lehigh wrestlers both won in the fall of the first period. Out of 157 newbies, Manzona Bryant stuck Adam Barker in 54 seconds and out of 184 newbies, Caden Wright scored a 53 second fall against Joe Lopresti.

The Mountain Hawks are back home for three duals this coming weekend. On Saturday, Lehigh greets EIWA rivals Army West Point at 2 p.m. and North Carolina # 14 at 5 p.m. On Sunday, the Mountain Hawks Rider will be welcomed for a dual at 2 p.m. All three games will be broadcast on the Service Electric Network and streamed at Lehighsports.com/watch. The North Carolina and Rider duals can also be heard on Fox Sports Radio 1230 and 1320 AM, as well as 94.7 FM Allentown and LVFoxSports.com.

2.17.21: A Message to Undergraduate Students