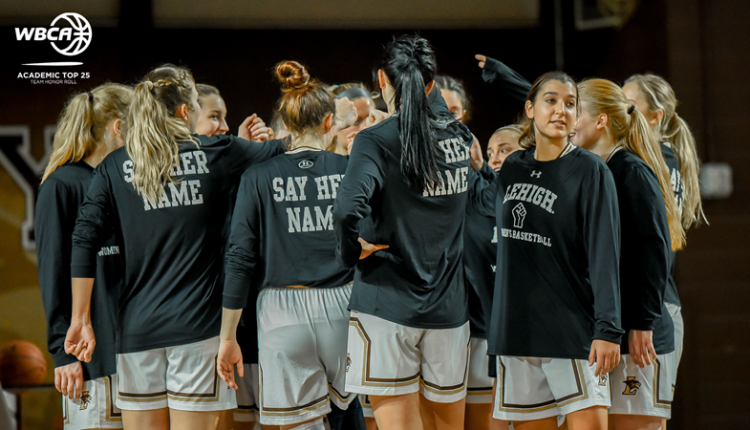 ATLANTA – For the third year in a row, the Lehigh women’s basketball team ranks in the country’s top 20 in the Women’s Basketball Coaches Association (WBCA) Academic Top 25, which ranks 14th among Division I institutions for the 2020-21 academic season 1st place in the country occupied.

The WBCA Academic Top 25 recognizes NCAA Divisions I, II, and III, NAIA, and two-year college women basketball teams across the country that have the highest combined GPAs including all student-athletes on their roster for the entire season. The 2020-21 season is the 26th in which the WBCA has compiled the honor lists.

The Mountain Hawks achieved a cumulative grade point average of 3.67 in the classroom, the highest-ranking school in the Patriot League and the only one on the list that year.

For the third straight season, Lehigh had two players named to the Academic All-Patriot League selection when the team was made up of the recently-completed Mary Clougherty and aspiring junior Frannie Hottinger.

Founded in 1981, the Women’s Basketball Coaches Association promotes women’s basketball by uniting coaches at all levels to develop a reputable identity for the sport and to promote and encourage the development of the game as a sport for women and girls.