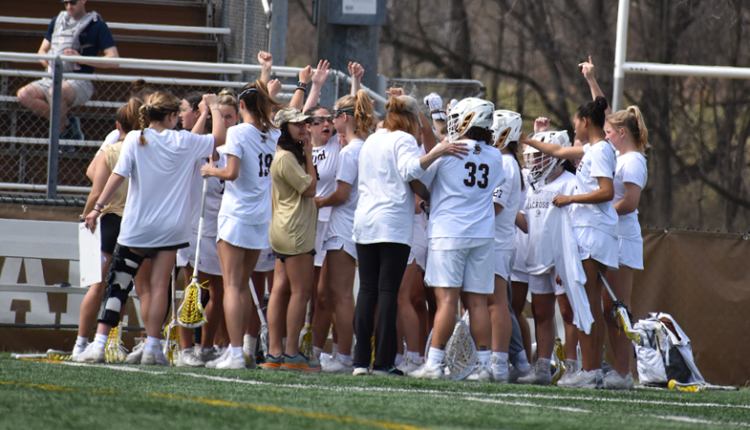 BETHLEHEM, Pa. – The Lehigh women’s lacrosse team will look to get back on track Saturday when the Mountain Hawks return home to host Bucknell. Opening draw is set for 12 pm on ESPN+. Lehigh is coming off a 22-15 defeat at Army West Point Wednesday.

The Mountain Hawks have lost four straight, including three in Patriot League play – but all three have come against teams who are currently undefeated and a combined 9-0 in league play. Lehigh’s losses have come against Loyola, Navy and Army. Last time out, the Black Knights opened a big lead, but the Mountain Hawks responded with nine of the game’s final 10 goals to gain some momentum heading into the weekend.

In the end, seven Mountain Hawks scored two goals apiece. Junior Gabby Schneider led the offense with two goals and three assists to reach 71 assists (as she remains third in program history – 16 behind second place). Junior Emma Eberhardt also had two goals and two assists to eclipse 50 career goals, 50 assists and 100 points (ending the game with 51, 51 and 102, respectively). She became the second Mountain Hawk (along with Schneider) to reach 50-50-100 in the same game (along with Schneider vs. La Salle).

Draw controls played a big role in Wednesday’s game, as the Black Knights finished with a 28-10 edge, including 24-5 over the first three quarters. Lehigh responded from a 21-6 deficit by scoring nine goals in the game’s final 15:24.

The Mountain Hawks return home for four of the next five games (i.e. Apr. 9 vs. American, Apr. 20 against Lafayette and Apr. 23 vs. Holy Cross).

Bucknell stands 5-5 on the season, 2-1 in Patriot League play. The Bison have won two straight, both at home – vs. Lafayette (16-9) and Colgate (15-14). This came after four consecutive defeats, ending with a 15-3 defeat at Navy in the league opener. Allie Boyce (25 goals, two assists) and Laurel McHale (19 goals, eight assists) lead Bucknell in points with 27 apiece while Emma Cashwell isn’t far behind with 25 (16 goals, nine assists). Ella Payer leads the team with 46 draw controls and 16 caused turnovers. Four different goalkeepers have split time, led by Caitlin Tucker who’s tallied a 12.87 goals against average and 45.2 save percentage.

Listen: Can California Lower the Price of Insulin?