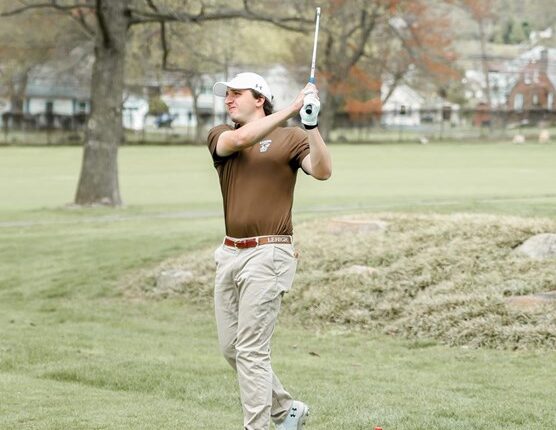 HAMILTON, NY – The Lehigh men’s golf team posted a strong final score of 293 to finish their first Fall tournament as Colgate’s Alex Lagowicz Memorial Invitational closed on Sunday at Seven Oaks Golf Club. The Mountain Hawks improved six strokes from their first and second round results to eighth in a field of 15 teams with a final score of 891 (299-299-293).

Five of Lehigh’s six contestants shot 75 or better in the final lap on Sunday.

Sophomore Edmund Broderick shared 27th place with 223 (74-76-73). Broderick made three birdies on Sunday for his best lap of the weekend.

The low round for Lehigh on Sunday came from Jahan Bains, who made three of his first six holes birdies, made a total of four birdies and even shot par 72. Bains shared 31st place with 224 (78-74-72).

Yale crossed for the team title with a grand total of 862 (287-285-290). The Bulldogs beat runner-up Seton Hall by 15 punches while third-placed Rhode Island was 20 punches off pace.

Colgate’s Dugan McCabe was the individual medalist at two under par 214. He defeated three players in one shot.

Next up for Lehigh is The Doc Gimmler, hosted by St. John’s, May 11-12. September on the Bethpage Red Course in Farmingdale, NY