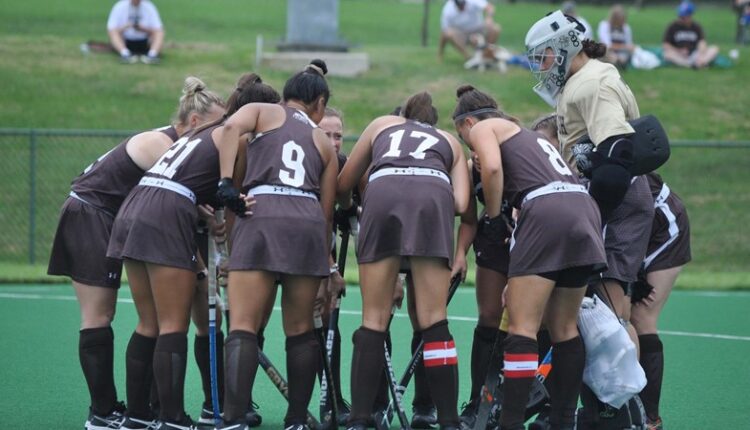 Lehigh and Bryant Set to Square off Sunday

BETHLEHEM, Pennsylvania – To build on the success of last Sunday’s 3-2 win over Longwood, the Lehigh field hockey team returns home this Sunday to welcome Bryant. The game time is set at 11 a.m. on ESPN +. The Mountain Hawks opened the season with a 1-1 record, losing a close 4-3 final at Villanova in a game that went all the way before responding with a home win against the Lancers.

Lehigh scored six goals last weekend, the most goals for the program in two games since 1983. It is also the first time LUFH has scored 3+ goals in each of the first two competitions since the same season. Five of the goals came from penalty corners and the sixth from a penalty kick.

The Mountain Hawks started the season with two goals in the first quarter, then after Villanova took a 3-2 lead, Leah Mullery equalized in the fourth quarter before the Wildcats scored the game winner late.

On Sunday, PhD student Lenke Havas scored her first hat trick of her career (and Lehigh’s first since 2016, when Gabby met Tofig three times at Brown). Havas gave the Mountain Hawks an early 1-0 lead, but shortly after Longwood leveled the score in the third quarter, Havas responded with two more goals. That helped her earn the honor of Offensive Player of the Week in the Patriot League.

Bryant goes 2-0 this weekend and falls back at Providence (4-0) and UMass-Lowell (5-0). The Bulldogs play in La Salle on Friday. Marijn Jaarsma has been strong in scoring so far, 25 saves for 73.5 saves and 4.50 goals against the average. Bryant finished 1-7 last spring with his win over Merrimack (4-3).

After Sunday’s game, Lehigh will return next Friday when it travels to La Salle on Friday 10 September at 3pm. The Mountain Hawks will be their next home game against Georgetown on Sunday September 12th.