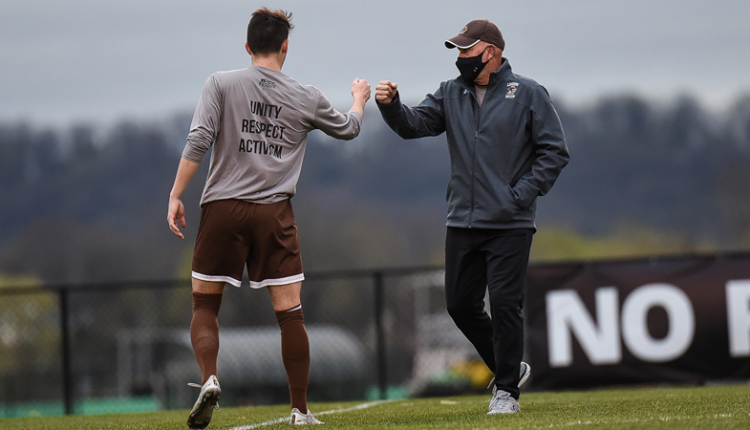 BETHLEHEM, Pennsylvania – Despite the shortest inter-season layoff in program history, the Lehigh men’s soccer team is ready to go back to work as Ingrassia Family Men’s chief soccer coach Dean Koski and his coaching staff reveal the schedule for the 2021 season have given.

The Mountain Hawks struggled to defend their Patriot League title in 2019 as the 2021 spring campaign proved fraught with injuries and inconsistencies amid the COVID-19 pandemic.

The program returns to campus refreshed this fall, ready to return to the postseason after missing the Patriot League tournament for the first time since 2016.

After missing out on out-of-league games last spring, the Mountain Hawks will open the season on the streets of Manhattan on August 27 in a 2019 rematch that saw Lehigh lead 1-0.

Lehigh’s home opener at the Ulrich Sports Complex takes place on August 29 against Vermont for only the second time and for the first time since 1997.

The successive slope of the road against an ACC and Big Ten opponent underscores the competitive part of the schedule and will face reigning national semi-finalist Pitt on September 3 in a rematch of the 2019 NCAA first round, followed by Rutgers on September 10.

The final vote before the start of the game in the Patriot League will be on September 14th at the Fairleigh Dickinson, ending a road trip of three games.

Lehigh will face Loyola at home on September 18 and away against defending champions American Eagles seven days later on September 25.

A three-game home stand begins on September 29th against Bucknell, followed by a matchup on October 2nd against Army West Point and ends with a fight against MAC opponents West Virginia on October 5th.

Lehigh hits the streets to face Holy Cross on October 10 and comes home six days later to face Lafayette in the 119th edition of The Rivalry.

Ivy League opponents return to the schedule for the first time since 2019 as Lehigh welcomes Princeton on October 19.

Three of the Mountain Hawks’ last four regular season competitions are underway when Lehigh visits the shipyard on October 23 to take on the Navy. Big East’s defending champions Seton Hall will be Lehigh’s last non-league opponent of the year on October 27, before taking on Boston University in the home final on October 30.

The Mountain Hawks will end the regular season on November 3rd in Colgate, reflecting the season finale last spring.

The schedule is subject to change as always and the times are still to be set. Select games will be streamed live on ESPN + (subscription required).

Biden’s July Executive Order Includes Drug Pricing Provisions. But Will They Do Enough?