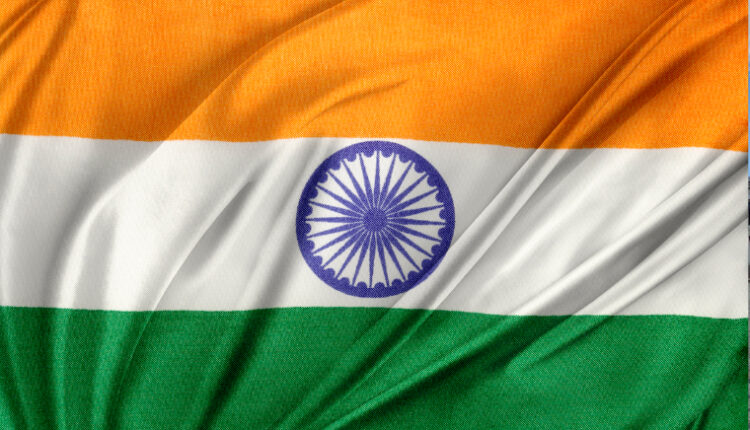 International dual and joint degrees to get green light

India is set to greenlight dual and joint degrees awarded by Indian universities with international partners as part of its internationalisation plan being pushed through forcefully since its inclusion last year in the National Education Policy (NEP), a blueprint for the next decade.

Foreign universities had already started to explore such opportunities, while noting the challenges of setting up joint or dual degrees.

India’s Finance Minister Nirmala Sitharaman flagged up the change in her budget speech on 1 February, saying: “To promote enhanced academic collaboration with foreign higher educational institutions, it is proposed to put in place a regulatory mechanism to permit dual degrees, joint degrees, twinning arrangements and other such mechanisms.”

This has opened the door to universities overseas looking for Indian partnerships. “It was spoken about in the budget by the finance secretary and by Prime Minister Narendra Modi. It is now a stated objective of the Modi government,” said Adrian Mutton, CEO of Sannam S4, an international business consultancy that facilitates companies and universities seeking tie-ups in India and elsewhere.

Mutton pointed to interest in India from leading institutions in Australia, New Zealand, the United Kingdom and the United States.

“We are not yet at the point where the universities are sprinting down the track, but we have a decent number of genuinely committed, ambitious and capable international institutions and Indian institutions willing to enter into TNE [transnational education] relationships,” Mutton told University World News. “Six months ago, it was just one or two.”

Meanwhile interest from India for foreign tie-ups has jumped. “One of my top surprises of the pandemic is that we are now getting calls from good private universities in India regarding overseas partnerships,” he said.

The pandemic created a realisation in India that universities were not prepared for online learning, faculty could not adapt so easily, “so they see TNE as a partnership opportunity where there will be a genuine knowledge exchange, an opportunity to improve the infrastructure in India and to help the many Indian institutions that have now committed as part of the NEP to internationalise themselves,” Mutton explains.

They include very new privately owned universities set up in the last few years and more established privately owned multicampus, multi-country Indian universities similar to Manipal and Amity. “They are looking for a broader set of international partnerships now and they see an opportunity in places that perhaps they didn’t see before.”

The pandemic’s effect on international student mobility and dramatic effect on fee income at foreign universities, particularly with respect to students from China who were unable to travel, has also driven a pivot towards India by foreign institutions.

“China has got a tremendous amount of opportunity – we are not writing off China, but the sun has set on the notion that you can rely on China alone. It has to be part of a more diversified international strategy for universities, and if India wasn’t at the heart of that, it soon will be,” according to Mutton.

India’s University Grants Commission (UGC) is already circulating for consultation its draft regulations for programmes that would allow joint and dual degrees under twinning arrangements.

However, according to the current draft, programmes offered online or through distance learning modes will not be permitted with overseas partners. Franchise arrangements where foreign institutions sell their courses and their own-brand degrees to Indian institutions will also not be permitted.

Top institutions – the top 100 or those with high scores in India’s own National Institutional Ranking Framework or an Institution of Eminence – can collaborate with any institution in the top 500 in international rankings such as QS or Times Higher Education “automatically”. Other Indian institutions and foreign institutions accredited by an assessment and accreditation agency in their own country would have to seek UGC approval.

A dual or double degree requires students to complete two separate programmes at two universities which may be aligned to be complementary, while a joint degree is a single degree with the curriculum designed and offered collaboratively by two universities.

For example, Cornell University in the US has developed a fast-track dual degree programme with Jindal Global Law School, a private institution in Sonipat, Haryana, to complete both an Indian law degree LLB and American law degree JD in two years less time than it would otherwise take.

Joint and dual degrees “are quite difficult to arrange. The two institutions have to teach more or less the same course, and this has to be very precisely mapped, so dual degrees are very labour intensive for universities,” said Janet Ilieva, director of Education Insight in the UK and an expert on TNE.

But she foresees interest from India in joint degrees with UK universities for another reason. As part of its international education strategy released this February, the UK government announced changes in its post-study work visas.

“Students articulated from overseas courses and finishing in the UK can access post-study work here. Previously it was stated that a student should complete their UK degree entirely in the UK to qualify for that,” Ilieva noted. That’s why dual and joint degrees “which are locally supported but where part of the study can take place elsewhere are likely to gain popularity because it is much more cost effective than paying for a full degree overseas”.

“This model evolved in response to COVID, but it is encouraging that this model will stay post-COVID,” she added.

She also pointed to the UK’s popular one-year masters degrees which previously were not recognised in India, despite continued lobbying by UK universities and the UK government in India, which recognises only two-year masters-level qualifications.

Lehigh University, a highly ranked private US institution in Bethlehem, Pennsylvania, but with almost no name recognition in India, is currently developing a masters degree in engineering jointly with the Indian Institute of Technology Bombay (IIT Bombay), which they hope to have up and running in 2022.

“It is a new programme that we are developing together, that will have courses taught by both faculties. Students will spend a portion of time in Bethlehem doing some research with our faculty, but also the main portion will be delivered by the IIT Bombay faculty, with both institutions recognising the credits from the other,” said Cheryl Matherly, vice president and vice provost, international affairs at Lehigh University.

“We were already able to determine that there is a good alignment between their programmes and what we teach and research here in Lehigh,” she noted. “Frankly, it is helping people to understand the quality of a Lehigh education because they know what the quality of IIT Bombay is.”

“We have already agreed that we are waiving tuition [fees] for the Indian students who come to us, but for a US partner it does raise questions of the cost differential of living in Bethlehem as opposed to Mumbai, so we are still looking at the funding for that.”

But she noted that because of the costs and extra demands for students and faculty, it would be a selective programme, with only small numbers of students involved, using funding that is already in place at Lehigh.

“But we’re also looking at this as a potential pipeline for recruiting students from India. We are hoping that these would-be students would also be interested potentially in our doctoral programmes.”

“We were already talking about reducing our dependence on students from China,” she said. Half of international students at Lehigh and 60% of international students at its college of engineering are from China. With the rising quality of Chinese institutions, US anti-China visa policies under the administration of former president Donald Trump and US-China trade and technology tensions, “we were asking: ‘Is the China bubble about to burst?’”

Lehigh is also looking at a tie-up with IIT Kharagpur, to begin this summer if pandemic conditions permit, called the Collaborative Undergraduate Research Experience, looking at common research areas between the two institutions and doing shared research where the students move back and forth supervised by faculty at IIT Kharagpur and co-advised by faculty at Lehigh.

Troy University, a public university in Alabama in the US founded in the 19th century, and with existing partnerships with universities in Vietnam and Malaysia, has a student body at its Alabama campus that was 10% international students prior to the pandemic.

Sohail Agboatwala, associate vice-chancellor for international operations at Troy University, said: “The next logical market for us is India. With the NEP we believe there will be a lot of opportunities to collaborate.

“For us, the main driver is [to attract] students, but we do desire to be on the cutting edge of research. India is doing a lot of good work in the STEM fields,” Agboatwala said.

“The bottom line is that we have to find courses that match. If there are courses that do not match, we can’t partner with them. We want oversight. We are sticklers because we want to maintain the quality of our programme; it’s our degree.”

He says the university is looking at a 2+2 type undergraduate degree with Indian partners.

“After the two years [in India] you’d still have to meet the visa requirements to travel to the US. For those students fortunate enough, they could come here, or they could just finish up their regular programme in their home institutions.”

Students would only pay US tuition fees for the portion of time they are in the US. As a state institution, room, board and tuition for two semesters for out-of-state students is around US$28,000 a year at Troy. “I think it is very palatable to the Indian market at that price point,” Agboatwala says.

A way into broader ties

Several universities interested in India said dual degrees were a way into more extensive ties with India. David Pilsbury, deputy vice chancellor (international) at Coventry University in the UK, is looking to broader tie-ups with India which would include joint courses and degrees, research collaboration and collaboration with industry.

“What students want is a curriculum that is going to prepare them for the global world of work. And they need to have an understanding of how things work in other countries,” he said.

He believes courses with countries like India will need to be “absolutely new” rather than adapting the home institution’s courses, which he describes as a ‘colonial model’. “That’s bonkers because you can’t replicate the experience that you can deliver on your home campus. You should be embracing what exists within the home country, the local social and economic ecosystem.

“We are looking at aspirational universities [in India] who want to join us to drive quality,” he said.

“We would like to repeat in India the same level of sophisticated engagement that we have in China, which involves being there to contribute to talent development to be able to undertake joint research to increase the knowledge base and take advantage of all the talented scientists in India. We would like more of our students to go to India.”

And he notes that collaborations are a good place to start more comprehensive partnerships, pointing to the university’s tie-ups with industrial partners such as automotive companies Geely in China and Ashok Leyland in India.

“Geely in China were a big engineering school. Now we have established a research institute with them, we do TNE with them, CPD [continuous professional development] with them across management, design and a scholarship with them. That portfolio of interventions is absolutely where universities need to be,” he said.