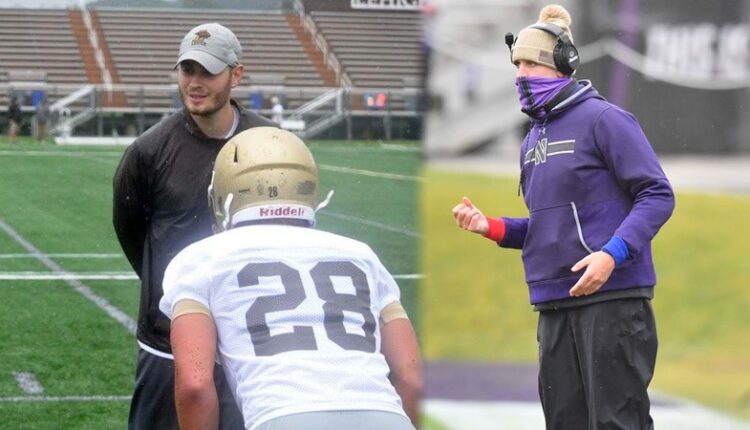 Sibel trained with Andy Coen’s team in 2017-18 and worked with the running backs. He was the running backs coach for Lehigh’s Patriot League championship season of 2017. That year he worked with a stable of backs led by consensus All-American Dominick Bragalone, who led the FCS in all rushing yards and scorings and the first became a Lehigh player to record three 1,000 yard rushing seasons. Bragalone won 1,388 yards as a junior and stormed for 18 touchdowns. Behind Bragalone, Micco Brisker and Nana Amankwah-Ayeh stormed to eight touchdowns and nearly 500 yards.

A native of Yardley, Pennsylvania, has spent the past three seasons (2018-2020) as a research assistant at the University of Connecticut.

“It’s an advantage that coach Sibel is coming back, especially this time of year,” said Gilmore. “He knows Lehigh, our program and our system, so he was able to jump right in and make a contribution. He has gained experience with other systems and concepts over the past three years and will bring these different perspectives into our program. He’s thrilled to be back in Lehigh to develop our players on and off the field. “

Sibel originally came to Lehigh from Susquehanna University, where he was the team’s wide receivers coach and assistant special teams coordinator. In Susquehanna, Sibel oversaw the Centennial Conference Rookie of the Year and two recipients who received All-Conference awards. Sibel was also responsible for coordinating Susquehanna’s kickoff-return and punt-return units.

Before Susquehanna, Sibel was a wide receiver at Lycoming College from 2011 to 2015. He was a three-time member of the All-MAC Academic Team and took second place in the team at receptions and shipyards in the 2012, 2013 and 2014 seasons.

Sibel earned his bachelor’s degree in history from Lycoming in 2015.

Pearson comes to Bethlehem after spending three seasons coaching the Big Ten at Northwestern University, where he worked as a research assistant with the offensive line and tight ends.

Northwestern won Big Ten West titles with Pearson on the team in 2018 and 2020, and won a Citrus Bowl championship in January 2021. Pearson helped develop Rashawn Slater, the 13th. He also helped prepare real newbie Peter Skoronski for the Big Ten game. Skoronski became the second team All-Big Ten and a newcomer All-America in the left tackle for the Wildcats.

“Sean impressed me with his technical and schematic knowledge,” said Gilmore. “During his career he got to know several very experienced and accomplished offensive coordinators and offensive line coaches and was able to incorporate a number of excellent concepts into his philosophy and teaching. He is passionate about the game and the support of our student athletes”.

Prior to Northwestern, Pearson spent three seasons at Western Michigan, where he worked as a research assistant with the Offensive Line in 2016 and 2017. In Western Michigan, Pearson trained and developed an offensive line that Pro Football Focus ranked fourth in the nation. He worked with All-America linemen Taylor Moton and Chuks Okorafor, both of whom are current starters in the National Football League.

Pearson was on the team for Western Michigan’s MAC Championship season in 2016, in which the Broncos had a 13-0 regular season when the WMU earned a spot in the Goodyear Cotton Bowl against Wisconsin.

Born in Scotch Plains, NJ, Pearson began his college career with Temple before moving to Wagner, where he stood out for the Seahawks for three years. As a three-year letter winner, Pearson saw time tackling and guarding. He was a starter in Wagner’s 2012 squad that won an NEC title, appeared in the FCS playoffs, and won his first playoff game.

Pearson is a 2014 Wagner graduate with a degree in business administration. He added a Masters in Sports Management from Western Michigan in 2018.

Lehigh will be opening preseason camp next week to prepare for the season opener on Saturday September 4th when the Mountain Hawks welcome Villanova to Goodman Stadium.

Why is the South the Epicenter of Anti-Abortion Fervor?