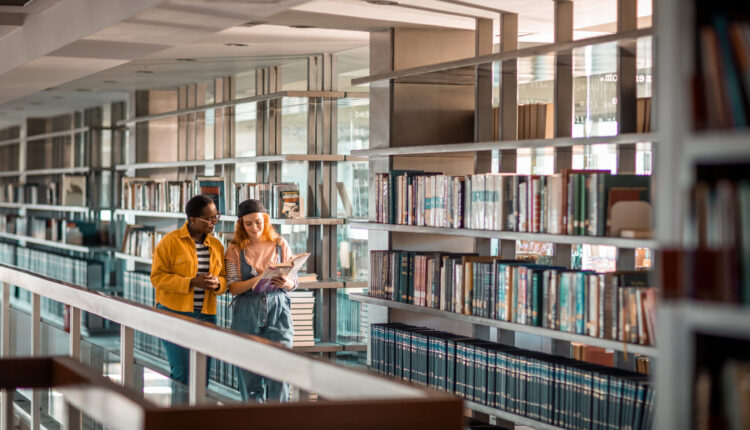 Last week millions of people celebrated the 50th anniversary of Title IX, the landmark law stating in full, “No person in the United States shall, on the basis of sex, be excluded from participation in, be denied the benefits of, or be subjected to discrimination under any education program or activity receiving Federal financial assistance.”

Signed by President Richard Nixon on June 23, 1972, Title IX covers a wide range of activities in education, including admissions, financial aid, hiring and promotion practices, and treatment of students and employees. It protects men, women, pregnant, parenting, and LGBTQ+ students.

The most visible impact of Title IX is in athletics. Whereas fewer than 300,000 women participated in U.S. interscholastic athletics prior to 1972, nearly 3.5 million are involved today. Pre-Title IX, fewer than 10 percent of American college athletes were female. Now, women make up over 40% of intercollegiate competitors.

At the professional level, the WNBA celebrates its 25th anniversary this year. There are pro leagues for women in soccer, softball, ice hockey, and full contact football.

Internationally, the U.S. Olympic women won more medals than did the U.S. men in the last four Summer and last two Winter Games, and won the most medals of any country’s female squad at Tokyo 2020-21 and Beijing 2022.

Title IX advocates connect the skills and confidence women acquire in athletics to later professional success. Since the 1980s, more women than men graduated from college. Additionally, women make up the majority of enrollees in law school, medical school, and PhD programs.

Not bad for a law comprising just 37 words.

How did this happen? First, the reach and impact of Title IX was not so much due to the law itself, but to its interpretation by the federal bureaucracy and the courts.

Notably, the U.S. Department of Education does not require equal spending for men and women’s athletic programs. This was a necessary accommodation, given how much colleges and universities spend on football.

Instead, federal regulations require continuous expansion of programs and opportunities for women, aiming toward proportionate participation of men and women to their overall enrollment.

Stricter equity requirements pertain to such areas as recruitment and scholarships, opportunities for coaching, scheduling, uniforms, access to locker rooms, training equipment and facilities, and sports information and marketing.

Second, women and students’ groups met political challenges at each stage of the process, up to and including enforcement. Many universities interpreted Title IX to mean cutting men’s sports, particularly wrestling, to accommodate new opportunities for women.

Third, women’s athletics rode the wave of the successes of the feminist movement. One of those triumphs, reproductive freedom, was reversed on Friday when the U.S. Supreme Court overturned 50 years of precedent under Roe v Wade.

The Roe reversal reminds us that continued gains for female and nonbinary athletes are not guaranteed. Despite Title IX’s successes, its promise of full equality is not yet fulfilled.

One advocacy group claims that very few colleges and universities meet the tests the U.S. Education Department sets for gender equity. For example, the budget for women’s athletics at the Division I level is less than one-half the amount allocated for men, according to a recent study by the NCAA.

Though the overall participation of women in college athletics has climbed, it is arguably falling behind the proportionality standard, as women make up 58 percent of students attending college.

Women’s sports trail the men in representation in athletic administration, including involvement in national and international governing bodies. No wonder that the stellar U.S. women’s national soccer squad only recently won a settlement with USA Soccer for equal pay with the less-accomplished national men’s team.

Wide gaps remain for Black female and LGBTQ+ athletes. With the last three presidential administrations at odds over the issue, at least 18 states have passed laws barring transgender women and girls from playing on female school sports teams.

Interestingly, though public support for Title IX is strong, more women than men say that Title IX has not gone far enough to increase opportunities for girls and women in sports.

The U.S. Secretary of Education acknowledges that more must be done, not only in promoting athletic opportunities but also in protecting men, women, and LGBTQ+ individuals from sexual harassment and assault.

The question now is whether further progress under Title IX is possible, when the Supreme Court and its conservative allies are determined to curtail the freedoms of women and minority sexual and gender identities.