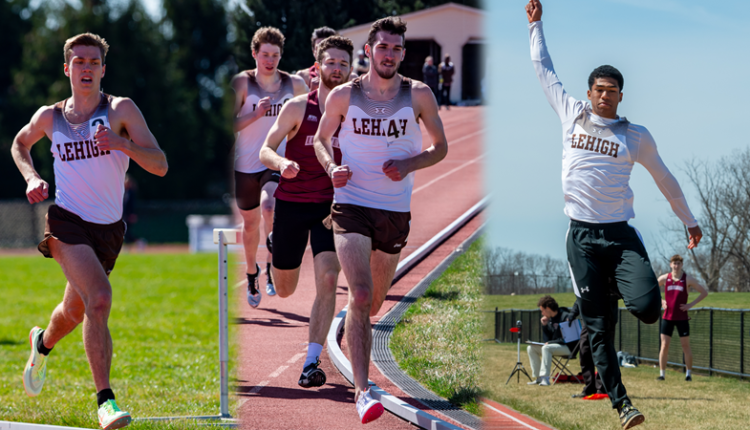 LEWISBURG, Pa. – Going into the outdoor season, Kyle Burke had his eyes on two more school records. The senior fulfilled his goal and broke records in the 1500m and 800m this week at the Bison Outdoor Classic.

Burke competed in the 1500m on Friday night where he finished fourth with a new school record of 3:44.57. On Saturday, he brought the same energy as the night before, finishing second overall in the 800m with a time of 1:49.76.

“I want to congratulate Sean Brown and Niall Buckley for setting such a high standard in the 1500-meter and 800-meter races, respectfully,” said assistant coach Todd Etters. “Our school records represent a connection between different eras and we are always extremely proud when one is broken. There are younger guys that are already looking at the records that Kyle is setting with aspirations of breaking them someday. The best part is that Kyle isn ‘t just fast, he does so many things the right way. When you do a lot of things right and you set big goals, great things will happen.”

On top of Burke’s record breaking performances, the Lehigh men’s track and field team finished with 22 PRs during the three-day meet in Lewisburg.

Lehigh’s middle distance and distance group put up solid times alongside Burke, finishing with ten PRs in five events. In the 1500m, junior Jacob Martinez finished with a new personal record of 3:50.63 to become ninth all-time. Fellow junior Ethan Davis also earned a PR in the 1500m on Friday, finishing with a time of 4:00.81.

“I think this is the best team we’ve ever had because we have more people on the top ten list who are actively on the team than I think we’ve ever had and I think people are sort of feeding off of that and that is something a coach can’t steal or borrow from anybody else,” said Utesch. “It is something that happens when the team starts to gel and work hard and they start feeding off of each other. They start looking at those lists and the desire of every kid on the team is to get on that list and move up that list and that’s kind of what’s happening and it’s made possible by those individuals who get on it.”

Senior Avery Lederer competed in the steeplechase where he finished with a time of 9:30.22, securing his second PR of the outdoor season.

First-year Gideon Coprivnicar made his decathlon debut for Lehigh this weekend. Coprivnicar finished seventh overall with a score of 5657 to make him ninth all-time in Lehigh history. The first-year earned new personal records in the 110m hurdles (16.53) and javelin (46.13m).

“I’m really pleased with Gideon,” Utesch said. “I think he broke into our top ten list as a first-year and there’s some pretty high powered names on that list and it’s a pretty good group so I’m very encouraged about him.”

Lehigh will return to Bethlehem to prepare for another two-meet weekend next weekend. While some members of the team will compete at Moravian’s Coach P Invitational others will head to Charlottesville, Va. to compete at the Virginia Challenge. Both meets will be held on Friday April 22 and Saturday April 23.