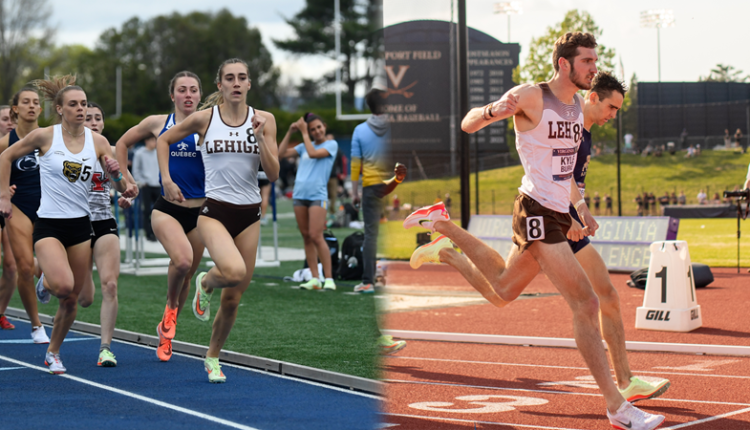 To be eligible for the Academic All-League teams, a student-athlete must have at least a cumulative grade point average of 3.20 and be a key starter or player in their respective sports. First-years or students in their first academic year are not eligible for the honor.

Burke is a computer science and business major who has earned a 3.66 cumulative grade point average while maintaining impressive performances on the track. He has been named to the Patriot League Honor Roll six times and has been named to the Dean’s List five times in his academic career at Lehigh.

The senior won the 800m (1:52.59) at the Patriot League Championships and was a member of the first-place 4×800 relay team who broke a 45 year old school record at the IC4A Championship last weekend. Burke broke three school records during the outdoor season to finish his senior year with seven school records.

McMillan is a psychology major with a cumulative grade point average of 3.82. She has been named to the Dean’s List several times in her academic career at Lehigh and has excelled in the classroom and on the track.

The senior had a solid outdoor season with several impressive performances for Lehigh. She was a member of the first-place 4×800 relay team who won their second Patriot League title of the year. At the ECAC Championships, she finished ninth in the 800m and seventh in the 4×400 relay.

*Additional student-athlete selected due to ties in the voting