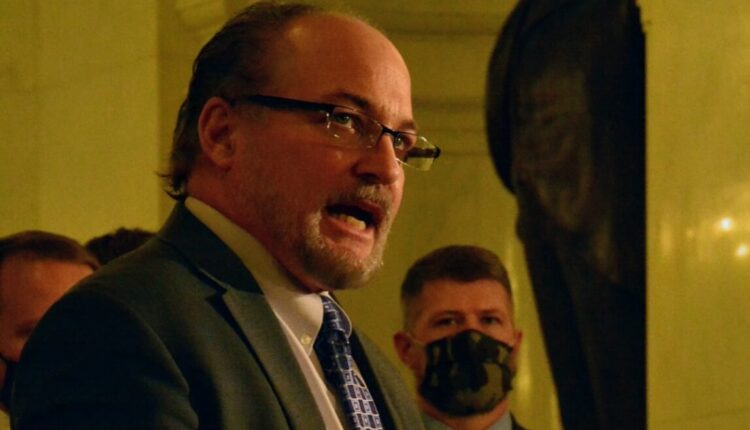 As Pennsylvania House Republicans were set to elect leadership on Tuesday for the next session, Majority Leader Kerry Benninghoff, R-Centre, will not be in the running.

Benninghoff’s decision not to seek reelection to the second highest leadership position in the House was first reported Monday by Pennlive.com. It comes after the GOPs poor performance in the general election.

House Republicans lost 13 seats, and although they will enter the 2023-24 session with a 101-100 majority, control is likely to transfer to the Democrats after special elections for vacant seats next year.

In a statement, Benninghoff said his decision was driven by a desire to spend more time with his family and focus on his constituents’ needs.

“This year I again listened to retirement speeches, many of which mentioned optimism and joy at the opportunity to spend more time with family,” Benninghoff said. I do not want to wait until I retire or regret it when I am dead that I was not able to do the same.”

“Over the last two-and-a-half years as majority leader, I have spent a tremendous amount of time on the road attending fundraisers, supporting members in their districts, and helping to raise the profile of the House Republican Caucus,” Benninghoff continued. “Stepping aside now opens the door for someone else to step up to a position of responsibility and inject new ideas into the caucus.

“Looking ahead, I plan on devoting my time to representing the people of Centre and Mifflin counties, helping to mentor newer members – including a large class of freshmen, and spending time with my children and grandchildren. I am excited for what the future holds,” Benninghoff said.

With Benninghoff bowing out, at least two of the top leadership positions in the house will turn over. Appropriations Committee Chairperson Stan Saylor, R-York, lost his seat in a primary challenge to  Rep-elect Wendy Jo Fink, R-York.

Although House Democrats won 102 seats in the Nov. 8 election, one is empty due to Rep. Anthony DeLuca’s, D-Allegheny, death in October, too close to the election to replace his name on ballots.

In the days after the election, as a Democratic House majority appeared increasingly likely, the caucus’ ranking member, Minority Leader Joanna McClinton, D-Philadelphia, stated her intent to be elected speaker.

Although McClinton and other Democrats have said they’re confident they’ll retain the majority after the elections, which are in safe Democratic districts, it’s unclear how control of the House will be resolved until the three vacancies are filled.

A reminder for your holiday table: Thanksgiving celebrates a racist genocide | Michael Coard