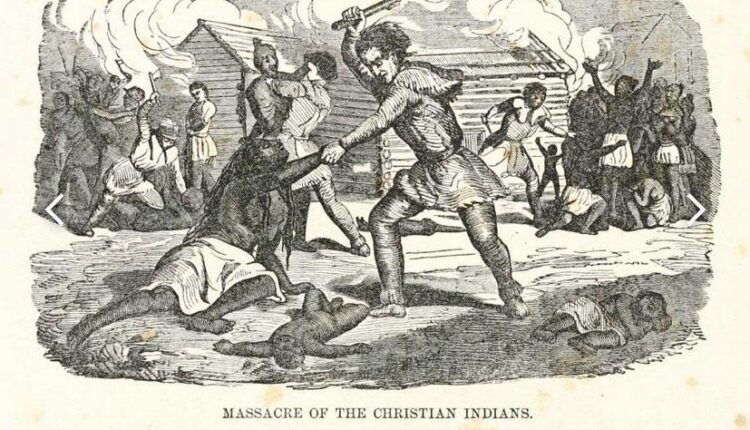 A reminder for your holiday table: Thanksgiving celebrates a racist genocide | Michael Coard

And that is exactly what Black families do when they gather each year on the fourth Thursday of November and call that gathering “Thanksgiving.”

The foundation of that racist genocide on the land that became America began 401 years ago and it continued relentlessly with such horrors like the one, among thousands of others, shown in the image above.

That was the Gnadenhutten Massacre of 1782 when white American militiamen from here in Pennsylvania viciously murdered 96 innocent men, women and children in Ohio during the Revolutionary War because those victims were pacifists who didn’t side with either Britain or America.