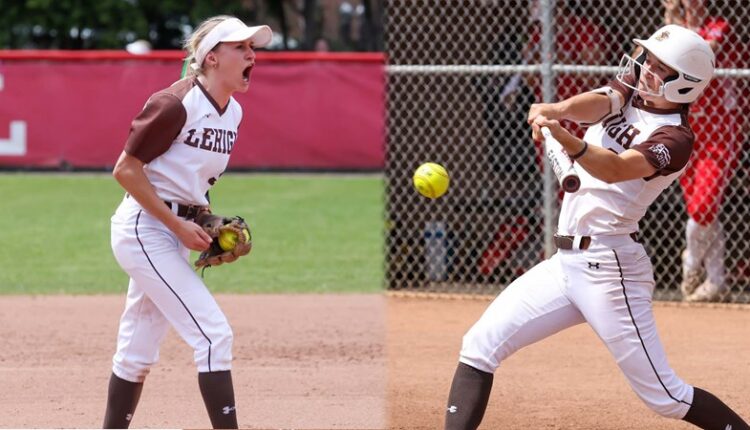 This is the second consecutive season in which Barjaktarovich garnered Academic All-District honors, while Cimino is recognized for the first time.

The Academic All-District teams are voted on by members of CoSIDA whose schools are in the region. District 2 consists of schools from Washington, DC, Delaware, Kentucky, Maryland, New Jersey, Pennsylvania and West Virginia. To be eligible for the team, a student-athlete must have a cumulative grade point average of 3.30 or better and be a starter or key reserve.

Now a two-time Academic All-District and Academic All-Patriot League honoree, Barjaktarovich owns a 3.84 cumulative GPA majoring in management and marketing. She was also the 2021 Patriot League Scholar-Athlete of the Year for softball. Barjaktatarovich is a three-time member of the Patriot League Academic Honor Roll and has made regular appearances on Lehigh’s Dean’s List with a GPA better than 3.60.

Barjaktarovich is now a two-time Patriot League Defensive Player of the Year and is a two-time all-league honoree with her second team selection in 2022. She leads the Mountain Hawks with a .374 batting average, 58 hits, 34 runs scored and 23 stolen bases.

Cimino has made the Patriot League Academic Honor Roll following each of her two seasons in the brown and white. She holds a 3.65 GPA as a biology major and has made Lehigh’s Dean’s List, eclipsing the 3.6 mark in each of her last three semesters.

On the field, Cimino is Lehigh’s starting left fielder and No. 2 hitters. She was a second team All-Patriot League selection in 2022. Cimino leads Lehigh with 14 doubles and is second to Barjaktarovich in batting average (.357) and hits (55). She has 22 extra base hits including four home runs and ranks second on the Mountain Hawks with 32 RBIs.

Both Mountain Hawks will now advance on the ballot with opportunities to be selected as Academic All-Americans.

Lehigh won his 15th Patriot League championship this past weekend and is headed to the NCAA Seattle Regional, where the Mountain Hawks will open up against No. 13 Washington Friday at 8 pm ET.