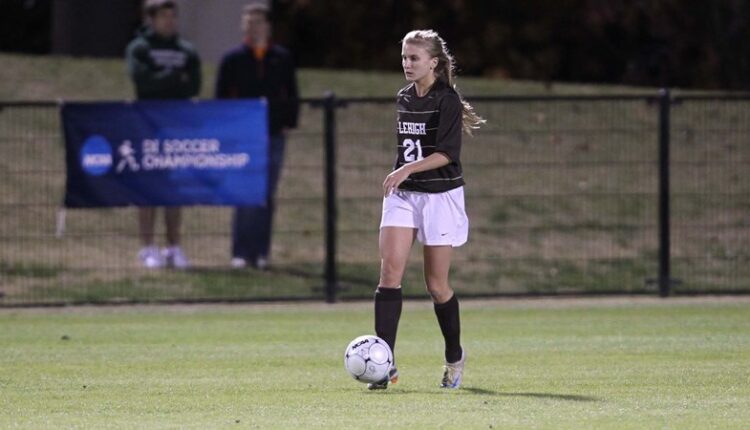 Ten years after women’s football won the program’s first and only Patriot League championship, Lehighsports.com meets members of the team to find out what they’re up to, and looks back at the 2010 season and careers with the Brown and Whites .

Genna Pepe’s position as deputy headmistress often reminds her of her time as a student athlete.

“We do a lot of video observations of the class, take a step back and watch the class together,” she said. “I always tell my teachers that we did exactly what we did in college before a game or after a game, taking ourselves out of class (or out of the situation) and analyzing it in order to do it for the next one Time to reflect and grow. “

It reminds Pepe to sit in head coach Eric Lambinus’ office to watch a single movie or watch a movie as a team.

“The urge to communicate with others was also something I took away from attending Lehigh Athletics’ Leadership Academy (now Flight 45) – to really improve your public speaking and presence in front of others,” said Pepe. “My job also involves continuing professional development for other teachers in some of our 50 schools, usually in terms of curriculum and quality of teaching.”

As the deputy headmistress, Pepe looks after kindergarten, first and second graders.

“We have 50 schools and look after 20,000 children,” she said. “I certainly miss teaching, but a senior management position is more about adult management and helping adults meet the expectations that the board or the common core has of us … and figure out how to adapt this to virtual learning ( due to COVID-19). Pandemic).

“It’s definitely been a very interesting year,” continued Pepe. “We have to find out the best way to teach 500 children in a school virtually.”

The Charter Schools of the Success Academy are currently in the midst of virtual full-time learning.

“A couple of different things come under my roof, the first is distance learning and the quality of teaching and learning,” said Pepe. “I will spend part of my day taking part in the virtual classes my teachers run. I will either model a specific lesson for a teacher to set the stage for what the teaching quality should be, or I will “I do teacher observations often.”

Pepe has also played a significant role in family partnership and advocacy, a crucial aspect of effective virtual learning.

“We’re working to have strong family partnerships, and I think that’s one of the reasons our school network has great virtual learning right now,” she said.

“We have over 95 percent attendance, while the city has a much lower percentage. I think most of it has to do with our having strong family partnerships that keep tracking families when they miss virtual instructions and figuring out how we can work.” . ” together to ensure that their children are in class. “

“At the moment, parents often leave their children at home with their grandparents or babysitters when they go to work and their children have to use the technology,” Pepe said. “Four-, five-, and six-year-olds who are 9 to 4 years old navigating a Chromebook have high expectations of them, so we find solutions and work with city organizations to provide support.”

This support can be of many different shapes, sizes, and shapes.

“We’re a two-mission school, so we’re also focusing on bridging the performance gap and making sure parents in New York City have school choices,” Pepe said.

Before becoming assistant principal, Pepe was what she wanted to be a teacher for as long as she can remember.

“When we were growing up, my sister and I set up an entire classroom and we played school all the time,” she said.

After completing her bachelor’s degree in 2012, Pepe stayed in Lehigh to pursue her master’s degree in elementary education and teaching (while also serving as a graduate assistant soccer coach).

“The College of Education at Lehigh has been very supportive of me and provided me with information on the routes I could take, even as a student, to start my journey,” she said. “I was able to apply for my junior year and start some of my education classes in the senior year, which allowed me to get all of my credits in my five years total at Lehigh.”

After completing her Masters, Pepe stayed in the Lehigh Valley in the Saucon Valley School District teaching students and then returned to New York (she grew up on Staten Island). “I started working in the classroom with preschool and some of the younger, early elementary grades,” Pepe said. “I switched to a school management three years ago.”

Whether a teacher or an administrator, Pepe’s passion for education remains the same.

“It’s so joyful and magical to work with the kids,” she said. “Much of my job is to make sure that the entire school is set up to provide the best possible education and teaching.”

“I think about the quality of a lesson or the standards that the state sets for a particular unit, how I can adapt it to the different learning needs in a classroom,” she said. “And now to differentiate it for distance learning. One morning my second graders figured out how to convert yards and feet into virtual measures without having materials in front of them.

“We have to get really creative to figure out how we can still teach the same lessons, but through a computer and without a lot of materials.”

The pandemic has greatly increased the need for openness (especially in education), which Pepe learned from her time at Lehigh.

“I felt like I left Lehigh open-minded,” she said. “Going to a school out of state and meeting so many people from so many different backgrounds was one of the most enlightening experiences. I was able to interact and work so closely with the professors, trainers and staff. The Diversity of People I met in Lehigh and helped me understand what life is like outside of New York. “

“I often look back on my time and see so many changes in myself, just like as a person from the time I arrived in Lehigh to the time I left,” she said.

In between there was a momentous moment. Pepe was an integral part of the Mountain Hawks’ 2010 Patriot League Championship, the first in program history. Pepe scored seven career-high points this season, including an assist for the only goal of the game in the Army title game.

“One of the biggest factors in our success has really been relationships,” she said. “Not only were we very close as friends, but we also really understood each other as players. We understood how the other 10 people on the field or the other 20 girls on the team were playing and were able to anticipate the place on the game “field.”

The 2010 team consisted of a number of seasoned juniors, seniors and fifth year players.

“We had a lot of time together to see each other as players and build that relationship on the pitch,” said Pepe. “When 2010 came along, we’d been playing together for so long and were able to take it to the next level.”

The 2010 season brought an interesting dynamic – a group of seasoned student-athletes paired with Lambinus’ first season at Lehigh (he came with more than a decade of experience as head coach at Moravian College).

“I’m definitely not surprised that Genna is so successful as an educator,” said Lambinus. “She made one of the smoothest transitions from undergraduate athlete to our graduate assistant coach in her senior year. Genna has a great ability to read people and develop strong bonds, even though it sometimes takes time to gain their trust.

“I laugh at her development because she literally didn’t speak to me for two months when I was first appointed to coach the program and in just two years the program has made her a great captain and assistant coach.” , he continued . “You can’t do it without development and trust. To this day, I can honestly say that Genna is one of the best soccer players I’ve coached and, above all, someone who has made everyone around her better and better, including me.”

Today, with Pepe’s background as a teacher, she appreciates Lambinus’ leadership role in this unique situation even more.

“It can be intimidating to join a team as a new coach, a team with a permanent tenure and a team that is really hungry for something (a championship),” she said. “I think the coach struck such a good balance by taking the time to get to know the players and see us as people on and off the pitch. He didn’t get in and just got his way. He appreciated what our senior members had. ” to say and worked with them and with us to set a common vision. “ This approach helped the entire team integrate into the direction of the team and how it would get from point a to point b.

The energy around the team was evident and tangible.

“We had a great lead, from the coaches to the upper class men who kept reminding us what we are capable of,” said Pepe. “There was a constant positive attitude and motivation. What I remember most from this season is the constant belief and dynamism that we have continued throughout the Patriot League tournament.”

You could believe in each other because accountability was at the heart of the program.

“Whether training in the weight room, film reviews or summer training, we held each other accountable with a different energy and dynamic,” said Pepe.

Pepe felt supported in every part of her Lehigh student-athlete experience which ultimately helped her learn and grow as a person and lay the foundation for a lifelong leadership role.

“At a university with some big class sizes, you don’t always get that individual boost from professors or coaches, but at Lehigh there was so much opportunity to focus specifically on leadership development,” said Pepe. “The trainer believed in me as a leader before I even believed in myself and he really got me to move out of my comfort zone in communication and the way I talked to the team and led the team, to leave.”

Pepe admitted these moments were often uncomfortable, but she wouldn’t have wanted it any other way.

“It’s been some of the best years of personal development,” she said.

“I’m so grateful for everything at Lehigh and also grateful for the soccer and athletics programs because it helped me develop into the person and educator I am today.”