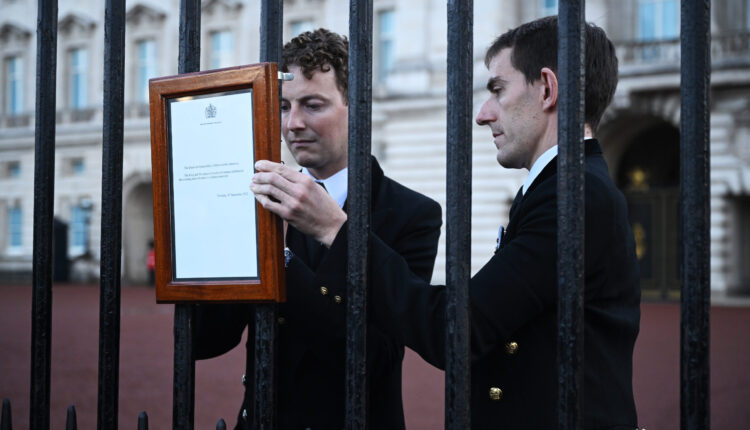 “Friends, Africans, and African-Americans, lend me your ears. I come to bury Queen Elizabeth II, not to praise her. The evil that European colonizers do lives after them.”

Although I used the phrase “white supremacy,” the precise phrase is actually “white savagery.” That’s because white people in general and Britons in particular did not achieve international dominance because of their genetic or intellectual supremacy.

At their most, the United Kingdom had 83 colonies, dominions, territories, protectorates or mandates worldwide. And as British historian Stuart Laylock pointed out in 2014, among the nearly 200 member countries of the United Nations, Britain has, at some time in its existence, aggressively invaded or militarily occupied 171 of them.

In other words, there are only 22 countries on the planet that Britain hasn’t overrun or intruded upon.

Britons continue to benefit from their supremacy – correction, savagery – throughout the world in 2022.

A mere eight months later on Oct. 20, 1952, Britain, which had begun brutally colonizing Kenya in 1895 and brutally robbing it of its precious natural resources, issued a state-of-emergency in that African country that lasted eight years until 1960 during which 90,000 Kenyans were murdered, tortured or maimed and 1.5 million jailed in inhumane prisons, held in concentration camps, or restricted to heavily patrolled British-created ghettos.

Britain, seven years before issuing that state-of-emergency, admitted in an official statement by its Deputy Governor to the Secretary of State for the Colonies admitted that its main interest in Kenya was its land and mineral resources. Therefore, Britain’s major objective there must be the “use of this most important asset.”

And there’s more. Much more. Queen Elizabeth II’s African reign of terror didn’t end in 1960 when it ended that state-of-emergency.

Here are three documented and irrefutable examples (among thousands) proving that not only is she not worthy of commendation upon her death. Instead, she’s worthy of nothing but condemnation.

1. Hate means never having to say you’re sorry. Sir John Hawkins, described by historians as “the pioneer of the English ‘Slave’ Trade” under the royal leadership of Queen Elizabeth I (who reigned from 1558-1603), began Britain’s enslavement of Africans when he kidnapped and sold 300 men, women and children from Sierra Leone in 1554. During his four voyages to Africa, he kidnapped over 1,500 Black human beings. From 1554 until 1807 when it finally passed the Abolition of the ‘Slave’ Trade Act, Britain had kidnapped more than 3.5 million Africans.

In addition, Britain founded the Royal African Company (RAC) in 1660. As noted by William Andrew Pettigrew in “Freedom’s Debt: The Royal African Company and the Politics of the Atlantic Slave Trade, 1672-1752,” not only was the RAC owned exclusively by the British queen and king but it also shipped more enslaved Africans to the Americas than any other company in the history of the trans-Atlantic “slave” trade.

Despite consistent and persistent public requests from international scholars, international media correspondents, and various members of the British Parliament, Queen Elizabeth II has never – during her entire 70 year reign – apologized for Britain’s leading role in promoting and prospering from the enslavement of African men, women, boys and girls.

2. Stolen land As British historian Stuart Laylock said, the throws of the British empire was so vast that there are only 22 countries on the entire planet that Britain hasn’t overrun or intruded upon.

3. Stolen precious minerals and artifacts Britain has robbed and pillaged throughout Africa. For example, Britain since 1907 has illegally possessed “The Great Star of Africa,” which was stolen from a South African mine two years earlier. That great star is actually a 3,106 carat jewel that is the largest diamond of its kind in the entire world, worth up to as much as $2 billion. And for 70 years since her reign began in 1952, Queen Elizabeth II had retained and displayed it among the British crown jewels as part of the Sovereign’s Sceptre.

As disclosed at justiceinfo.net, a Switzerland-based media organization that reports on international war crimes, crimes against humanity and reparations, “Several thousand brass and bronze castings and ivory carvings were looted by a British punitive expedition in 1897 from the Palace of the Oba of Benin, Nigeria …. Some historians say [that in the process of the looting,] tens of thousands … of Nigerians were killed …. The looted objects themselves – at least 4,000 of them – were brought back to Britain and mainly auctioned off by individual soldiers. A century later [during Queen Elizabeth II’s reign], the British museum has the ‘largest single Benin Bronzes collection of any institution in the world,’” notes Barnaby Philips, author of “Loot- Britain and the Benin Bronzes.”

By the way, in regard to other hallowed items, the British Museum admits it still has approximately 73,000 African artifacts, including the skull of Kenya’s Nandi Chief Koitalel Arap Samoei. After resisting Britain’s desecrating bulldozing to create a railway project through his people’s sacred land, Chief Samoei was shot to death in 1905 by a British colonel. He was then decapitated and his skull was shipped to a London museum where it’s still on display.

Richard Drayton, in a scholarly British essay, entitled “The Wealth of the West was Built on Africa’s Exploitation,” points out that various experts’ assertions that Britain’s debt to Africa to be in the trillions of dollars is a “useful benchmark” but is mistaken “not because it is excessive but because the real debt is incalculable.”

To those who attempt to defend Queen Elizabeth II by claiming that she had no real authority because she was not the prime minister or a member of the House of Commons or the House of Lords, Karen Attiah, international affairs columnist at The Washington Post, writes that “Royalists will argue … that as a constitutional, symbolic monarch, Queen Elizabeth [II] bore little responsibility for the ills that occurred during her long reign.

“But symbols matter. [She] willingly took on the role of representing British power and wealth. She willingly adorned herself with jewels plundered from former colonies,” Attiah continued. “Her image is on the currencies of many former colonies; by stewarding the British Commonwealth, she willingly took on the symbolic, patronizing role of ‘white mother’ to the darker peoples of the former empire. All while reportedly banning ‘coloured immigrants or foreigners’ from serving in royal clerical roles until the 1960s.”

Writing for The New Yorker, Sunil Khilnani observed that “in the twentieth century’s hierarchy of state-sponsored violence, Hitler’s Germany, Stalin’s Russia, and Hirohito’s Japan typically take top spots … [as do] Belgium’s conduct in Congo, France’s in Algeria, and Portugal’s in Angola and Mozambique. Britain is rarely seen as among the worst offenders.”

But, continues Khilnani, it is made clear in Harvard historian Caroline Elkins’ revealing and meticulously researched book “Legacy of Violence” that “Britain’s use of systemic violence was no better than that of its rivals. The British were simply more skilled at hiding it.”

Well, it is hidden no more.

This column first appeared in the Philadelphia Tribune, a publishing partner of the .

Lehigh Looks to Bounce Back With Three Matches This Week