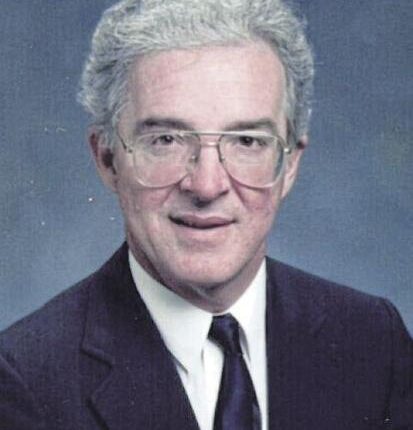 VELEAIR COURTLANDT “CORT” SMITH II was born on June 13, 1931 in Charleston, West Virginia and died on July 27, 2021 at the age of 90 in Elmcroft Assisted Living, Hurricane, West Virginia. As an only child, his parents Veleair C. Smith and Dea M.Smith preceded him in death. He was also preceded by his son Collett V. Smith in death. He leaves behind three children, Courtlandt L. Smith (Elizabeth), Christian V. Smith (Jennifer) and Caroline K. Smith. Cort leaves behind his four grandchildren, Courtlandt L. Smith Jr., Wilson C. Smith, Lauren Claire Smith and Oliver Classen, as well as his former wife and mother of his children, Kemp Littlepage McElwee.

Cort spent his early years in Charleston, mostly in the Edgewood area, where he made many lifelong friends. When his father’s various business interests centered on the Putnam County area, they bought a farm and built a house on the Kanawha River near Winfield, which they called Valdeacort Farm. For his high school education, he enrolled at the Culver Military Academy in Culver, Indiana. Here he fell in love with the art of riding and began working with the Black Horse Troop.

After high school, Cort earned a bachelor’s degree in geology from Duke University. Upon graduation, he served his country in the United States Air Force as an agent in the Office of Special Investigations. After retiring from active service, he completed postgraduate studies at Lehigh University before returning to West Virginia to join the family businesses.

Cort was familiar with all aspects of the natural gas business under the Veleair C. Smith Management umbrella. At Teavee Oil & Gas, Inc. and Putnam Natural Gas Company, he has been involved in drilling gas wells and providing industrial gas services to various industries in the nitro sector. At Well Service, Inc., he was involved in contract drilling and cement works for the natural gas industry in a multi-state area. At Union Oil & Gas, Inc. he was involved in the provision of gas distribution services. They also developed several other gas production and utility companies in Ohio during this period.

While visiting relatives in Cali, Colombia, to check with his father on a mining company in Bolivia, Cort took the opportunity to purchase a used drilling rig and set up a well drilling company to provide irrigation for sugar cane operations. In the next few years he lived mainly in Colombia, where he was active in polo. After getting married in 1963, he and his family spent the next several decades sharing each year, living in Cali, Colombia for several months and the rest on the farm in Winfield, West Virginia, while running businesses in both countries.

Although his business interests were primarily in the drilling and natural gas sectors, he has been active in founding or providing investment funds to ventures ranging from an early chain of ice cream parlors in Colombia, hovercraft that can be driven by land or water, to chicken processing, Jets ranged engines, electronic gas gauges, industrial lighting, and computer services. While performing various agricultural activities on Valdeacort Farm, hay was always his primary focus and its improvement, operation and production remained a priority among his many activities.

Cort was the founder and member of the Board of Directors of Teays Valley National Bank from 1973 until it was acquired by Kanawha Banking & Trust in 1984. After being acquired by United Bank, Inc. in 1987, he served on the Board of Directors of United Bank, Inc. until 2006. He was president of the Charleston Rotary Club in 1980 and a longtime member of its planning committee. He was an active member of the West Virginia Small Public Utility Association and the Cosmos Club. Cort was a member of Edgewood Country Club and a former member of the Downtown Athletic Club in New York City, Club Campestre and Club Colombia Club in Cali, Colombia, and many professional organizations.

Cort was an active traveler all his life. Whether he accompanied his father on engineering projects from Nova Scotia to Central and South America or with his mother as a competition golfer from the Bahamas to Hawaii, it was a pattern that took him to practically every point in the world. While there are too many stories to include, his presence in Prague, Czechoslovakia with his ex-wife Kemp during the 1968 Russian invasion was an indication of the extent of travel that has been constant throughout his life.

In his later years, he returned to his true passion for horse riding at the Culver Academies. Concerned that it might be cut due to budget constraints, he led a campaign to save the program by creating a formidable foundation. As an active instructor and contributor to the Culver Summer School program, he spent many years serving as an unparalleled cheerleader for the equestrian and rough-riding programs where he touched the lives of countless campers.

After suffering health problems, Cort has moved into his home at Elmcroft Assisted Living in Hurricane, WV, for the past few years. Although it may have slowed him down, with the help of drivers Dean, Keith and Chris he was constantly present on the roads. With their invaluable help, he was able to keep his hay farm active, travel the back roads in search of land, and even make several rewarding trips back to Indiana. During his last illness, the family are deeply grateful to all of Elmcroft’s staff, and especially Amy, Chris, Jodi, Hattie and Amanda, for bringing him home and enabling him to spend his last days with friends and family.

The tour takes place on Monday, August 2nd from 5pm to 7pm at the Chapman Funeral Home 12848 Winfield Road, Winfield WV 25213. The funeral will take place at 11 a.m. in the Chapel of First Presbyterian Church 16 Leon Sullivan Way, Charleston, WV 25301. on Tuesday, August 3, with an immediately following reception at the Edgewood Country Club. There will be a private family internment. You can also visit his tribute page at ChapmanFuneralHomes.com to share memories and offer condolences to the family.

Family owned and operated at 12848 Winfield Road, the Chapman Funeral Home is honored to serve the Smith family.

The largest news agency in the US changes crime reporting practices