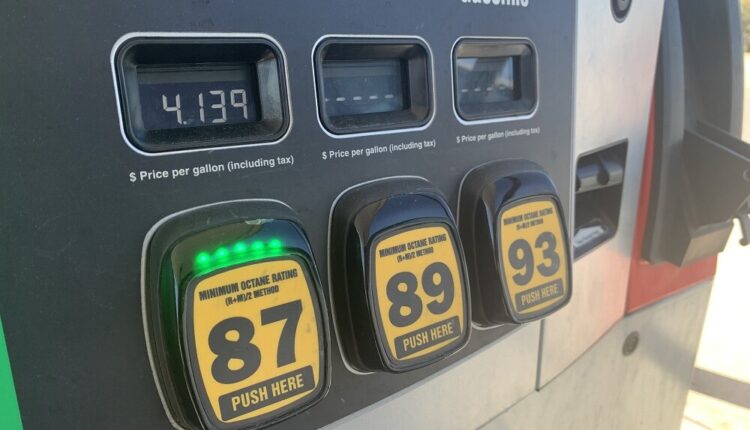 The GOP’s claims about gas prices, the economy are running on empty | Ray E. Landis

A recent trip to visit family took me through some of our neighboring states which either have upcoming primary elections or recently held them. Scattered along the roadways were billboards for Republican candidates with a common theme – our economy is a wreck, and it is all the fault of President Joe Biden and the Democratic Party.

Similar outdoor messages can be found in Central Pennsylvania. Drive from York to Harrisburg and you’ll see an advertisement stating “Biden Economics – Six dollar a gallon gas and empty shelves” that then asks you to get off at the next exit and visit Maple Donuts, although it doesn’t mention how much the donuts cost or whether the trays of pastries are full.

Pennsylvania has not seen $6-a-gallon gas prices, the selection in our retail stores appears gluttonous to many in the world, and unemployment remains at historically low levels, but Republicans are determined to blame inflation and pandemic-induced supply shortages on the policies of the Biden administration in the GOP’s quest to take power in the mid-term elections this fall.

Republicans certainly give Biden’s policies a great deal of credit. Their contention is in less than 18 months changes instituted by the new administration are solely responsible for dramatic shifts in the U.S. economy and overall society.

But those attempting to lay the blame for higher prices on Joe Biden are ignoring a basic fact. It takes much longer to fix something than to break it in the first place. And the Biden administration took office after four years of the previous occupant of the Oval Office of the President smashing to bits everything he laid his hands on.

Much of the recent news about former President Donald Trump has focused on the hearings held by the House of Representatives’ January 6 Committee about his desperate attempts to carry out a coup against American democracy. While critical in establishing Trump’s criminal guilt, these hearings do not discuss how the policies of his administration left the United States in a mess that is very difficult to clean up.

Viewers of Fox “News” may have forgotten that by the end of 2020 a pandemic had swept through the United States which would eventually kill over 1 million Americans and has not yet fully abated. The pandemic, which came close to claiming Trump himself, was initially dismissed by Republicans, who then spent months undermining attempts to bring it under control.

As the economy finally began to recover from the impact of the pandemic, Vladimir Putin invaded Ukraine, sending world energy markets into an upheaval. Why would Putin commit such a brutal act of aggression? It appears the Ukraine war was Russia’s Plan B. Plan A ended with Trump’s defeat in the 2020 election, because a new President meant the United States would no longer be on a path toward sabotaging its allies in Western Europe and eventually ending the NATO alliance.

The combination of the continuing impact of the pandemic plus Putin’s war crimes have resulted in an economic downturn not only in the United States, but around the world. Trump and his apologists, who set in motion this double whammy, say they have solutions.

But their “solutions” consist of little more than brutalizing the environment, making the wealthy even wealthier, and appeasing a brutal dictator.

Meanwhile, Trump recently blustered on about how the United States “is going to hell” and has become “a very unsafe place.” Facts about crime do not support this, but Trump may be on to something with this assertion.

Aggression and hostility seem to be more prevalent in the United States than ever before. Road rage and the use of firearms to threaten and intimidate others are frequent occurrences. Public officials lie without batting an eye, and when confronted with evidence they have lied, double down and lie some more. Any type of an apology is increasingly seen by many as a weakness of character.

When Trump talks about the country “going to hell” there should be a large video screen with his image staring back at him, because it is the nearest he may come to looking in the mirror for the cause of his complaints. His public persona promotes bad behavior, and his followers have taken up his call, not only on January 6, 2021, but in their daily lives.

The United States needs to be a forward-looking country. But we also must learn from history. As we move ahead and continue our recovery from 2017-21, we have to remember the embarrassment and shame the nation experienced in those four years and vow, and vote, to not let it happen again.

Democrats: Mastriano’s pursuit of extremist voters makes him unfit to serve as governor

How Amazon, Starbucks and other companies fight unions | Robert Reich