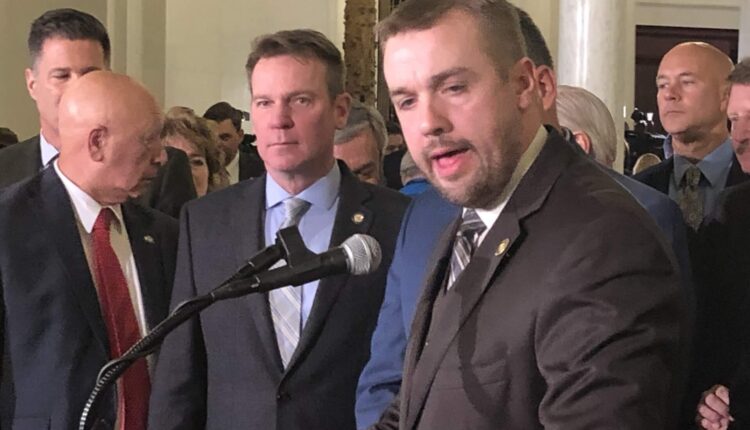 The fight over control of the Pa. House is Harrisburg high-stakes lunacy at its worst

If you were looking for a textbook instance of Harrisburg’s bare knuckles politics at its worst and most vivid, you don’t have to look much further than the increasingly nasty sparring over who’s in charge of the 203-member state House as the start of a new legislative session beckons in January.

In case you’ve been busy prepping for the holidays, and haven’t had time or inclination to tune in (and, really, who could blame you?), here’s the SparkNotes version of what’s transpired so far:

1. After winning a narrow, 102-vote majority in last month’s general election, House Democrats began behaving (justifiably, in their eyes), like they were in charge. And even though the Legislature won’t reconvene for a few more weeks, Rep. Joanna McClinton, D-Philadelphia, had herself quietly sworn in as the chamber’s majority leader, and called special elections for vacant House seats that effectively wiped out the Dems’ numerical edge. It was probably putting the cart before the horse. But McClinton, who knows how to read a room, had no choice but to seize the moment with her legislative ‘The Park is Mine‘ moment, one veteran observer suggested last week.

2. House Republicans, pointing to the three, vacant seats, all from Allegheny County, — including one formerly held by the late Rep. Anthony DeLuca, who died in October, but who nonetheless won re-election because of a quirk of state election law — argued there was no majority, and accused Democrats of engaging in a “paperwork insurrection.” GOP leaders filed a lawsuit in Commonwealth Court last week seeking to halt the special elections. Republicans also produced a ruling by the nonpartisan Legislative Reference Bureau supporting their claim that there was no majority party in the chamber.

That’s about when the whole business descended from vaguely amusing to something verging on farce. Republicans, waving LRB rulings around Braveheart-style, while protesting paperwork insurrections, seemed to have conveniently forgotten they were active participants in one of their own, sending a letter to Congress, asking lawmakers to reject the state’s slate of electors for then President-elect Joe Biden.

This dissonance almost would be amusing — were it not for the fact that election denialism found its hideous apogee with the Jan. 6, 2021 sacking of the U.S. Capitol. It also ignores the realpolitik that Republicans, were they similarly situated, would have rolled over Democrats with the same singleminded efficiency, that veteran observer noted last week.

Rep. Joanna McClinton, D-Philadelphia, speaks at a press conference for a bill to automatically expunge the records of acquitted individuals. (Capital-Star photo by Stephen Caruso)

3. The speed with which events have transpired underlines what’s really at stake in the fight for House control: Passage of an overstuffed package of proposed constitutional amendments that would, if approved, constrain voting rights and declare there is no constitutional right to abortion, or right to public funding for the procedure, in the state’s foundational document — among other things.

The amendment package already has gone through the mandated, first round of approvals from the House and Senate. Constitutional amendments must be approved in identical form by both chambers in back-to-back sessions, advertised, and then sent to the voters in a statewide referendum. There is no role for the governor in the process.

With an effective three-vote majority until the vacant seats are filled in, Republicans could push through the bill for the second time, and then send it back to the Senate, setting the amendments on course for a likely vote in next spring’s primary election.

“I think all of this has to be viewed through that prism,” elections lawyer Adam Bonin, of Philadelphia, told the Capital-Star’s Peter Hall. “If they have the gavel they’re going to try to put [it] on the ballot in May.

“It can’t be about legislation,” Bonin continued. “It’s about that power.” 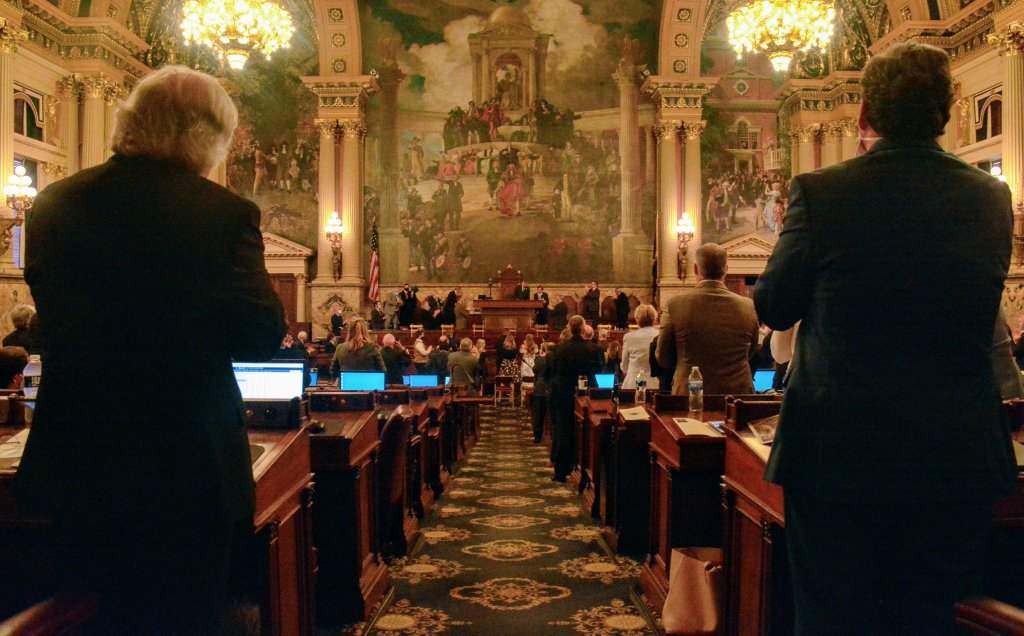 4. Underlining this very specific brand of Harrisburg lunacy is the fact that Republicans likely will have their 101-99 majority for a matter of weeks before the three vacant seats — DeLuca’s and those formerly held by Reps. Austin Davis and Summer Lee — are again held by Democrats after the Feb. 7 special elections to fill them.

And when all is said and done, the House still will be narrowly divided, and Democrats and Gov.-elect Josh Shapiro still will need to seek Republican votes to move their 2023 agenda, including the new administration’s first budget. Hard ball politics now — coupled with a new, hyper-conservative House Freedom Caucus later — likely will make an already uphill slog even harder.

In the interim, taxpayers are being treated to yet another fractious and costly partisan battle.

“From William Penn to Joanna McClinton, there has never been a more provocative and abstruse dynamic at play,” former House Speaker Bill DeWeese, of Greene County, told Hall in the most Bill DeWeese way possible.

Again, it all almost would be funny, were it not for the fact that the outcome has such tragic implications for the millions of Pennsylvanians held hostage by a high-stakes game of legislative chicken they neither asked for nor desired.

Republicans can’t seem to fathom why they lost | Dick Polman