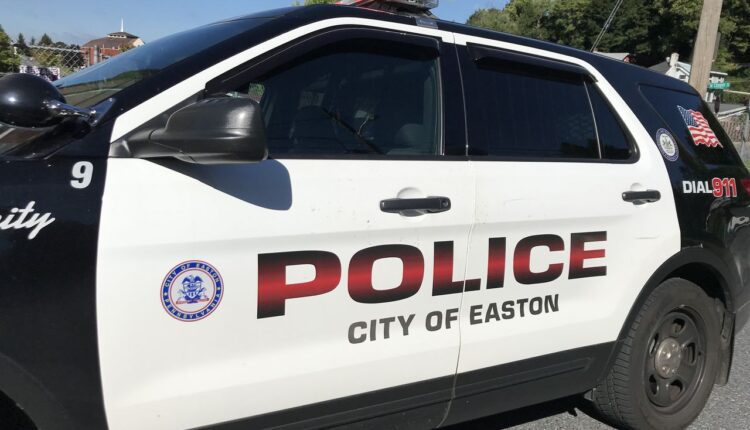 Suspect accused of head-butting and kicking 1 Easton cop, punching another

An Easton man on probation for carrying a gun without a license is back in county prison, accused of assaulting two Easton police officers.

Khayri Altarik Williams, 31, of the 600 block of Ferry Street, is facing 11 charges including two counts of aggravated assault, three counts each of simple assault and harassment, and single counts of criminal trespass and resisting arrest in connection with an incident early Sunday morning on Washington Street in Easton.

Williams is being held in Northampton County Prison after failing to post $75,000 bail, and is also being held in the separate Bethlehem case, according to court records.

Easton police said they were initially called three times Sunday morning to a home at the 1100 block of Washington Street. The first time, an injured woman allegedly knew Williams, whom she attacked her and threatened to stab her with a comb pick, police said.

The second time, a different woman who identified herself as Williams’ girlfriend, told officers he came into the home and stole her cellphone, according to police.

Police said they tracked the stolen phone using the “Find my Phone” app, found Williams and told him not to return to the home.

Police were called a third time to the address for Williams allegedly trying to break into the home through a second-floor window. Officers again spoke with the girlfriend and, when they went to the back of the home, saw Williams crawling out of the window and jumping to the ground, court records say.

Williams was arrested. While walking to a police car, Williams allegedly head-butted one officer. When officers started putting Williams in the vehicle, he “mule kicked” the same officer and tried to kick another officer, police said.

At police headquarters, Williams began arguing with officers when he was asked to remove his watch. Authorities said Williams began resisting officers and he punched a third officer in the face.

Last year, Williams was accused of firing three shots into the air near Southside Bethlehem’s business district, Broughal Middle School and the base of the Lehigh University campus.

A Bethlehem officer reported seeing Williams take a black .380-caliber Ruger handgun from his pocket and toss it in a pile of dirt next to a tree. The Ruger was missing three bullets from his magazine, and three spent shell casings were found in the area where the incident happened, police said.

Williams pleaded guilty in April in Northampton County Court to carrying a firearm without a license, and was sentenced to two years of probation, according to court records.

Our journalism needs your support. Please subscribe today to lehighvalleylive.com.

Sarah Cassi may be reached at [email protected]

Listen: How Does Human Composting Work?