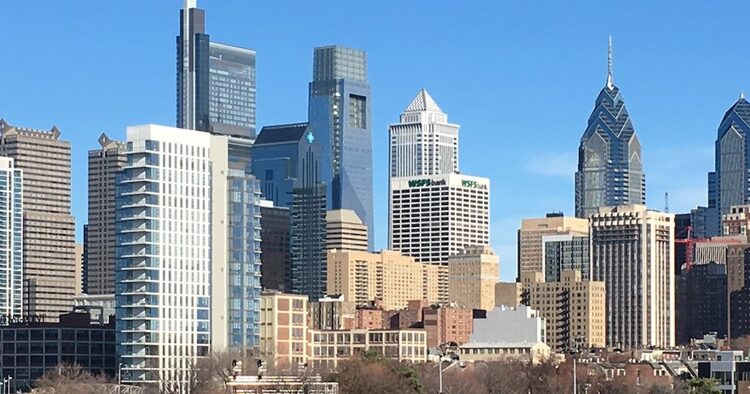 PHILADELPHIA — City Councilmember Kenyatta Johnson said that on Monday at 30th and Wharton streets there will be a news conference to showcase the groundbreaking for the first affordable homes to be built as part of the “Turn-the-Key program.”

The Democratic Council member, who represents the 2nd District, made the announcement at Thursday’s Council meeting.

About 25 townhomes will be built on the site, he said.

On the same day, Council passed a resolution for a $100 million budget for council’s Neighborhood Preservation Initiative (NPI) of which the Turn-the-Key program is a part of.

“There have been either commitments, or spending in year No. 1 of about $77 million,” said Joe Grace, a spokesperson for Council President Darrell L. Clarke. “That was the first year that we are just reaching completion on now.”

Of that total about $7 million to $8 million has been spent on nonprofit groups that help Philadelphians resolve tangled titles, along with money for basic home system repair and chop down intrusive trees in alley ways. That is in addition to funding for construction.

Tangled titles refers to the situation when you live in a home you own (or have a right to own) but your name is not on the deed. In 2020, NPI was passed by City Council to provide up to $400 million for housing efforts, including $113 million for affordable housing in Philadelphia.

“Monday, we are excited because it is the first groundbreaking of affordable home that we are calling the ‘Turn the Key program,’” Grace said. “These homes will sell for about $280,000. They will be traditional townhomes.”

In other Council business, the body passed a resolution authorizing hearings on the impact of SEPTA’s new bus revolution plan, which eliminates several routes and reconfigures others. Johnson, who chairs the committee on transportation and public utilities, sponsored the resolution.

“I have constituents reach out to my office with concerns with the changes that they believe will have a severe impact on quality of their lives as it relates to their riding on SEPTA,” Johnson said. He said that his goal is to make sure that the transit authority’s process is more transparent and that concerned constituents and officials will be able to provide input.

“This will allow the public to come forward and get answers and address the issues and concerns,” Johnson said.

Several other Council members spoke out about the SEPTA plan, which was developed in response to declining ridership and revenue.

Councilmember Curtis Jones, D-4th District, who represents parts of West Philadelphia, Manayunk and Roxborough, said re-routing bus lines such as the 27 and 9, would cause major disruptions among constituents in his area, especially senior and students.

“I don’t really understand how SEPTA could have a bus revolution and have not thought things out well,” said Jones, who is majority leader, was a co-sponsor of the resolution. More than 100 routes have been eliminated or re-routed, he said.

The Philadelphia Tribune has reported that Jones wrote a letter to SEPTA management detailing the disruption the plan would cause in West Philadelphia and other areas. Improving cleanliness and safety might be a better way to increase ridership, he said.

For her part, Bass said she has also written SEPTA management and suggested a ride-along with Council members so they can get a better idea of how the public perceives the transit system. She said they have not been able to agree on the logistics.