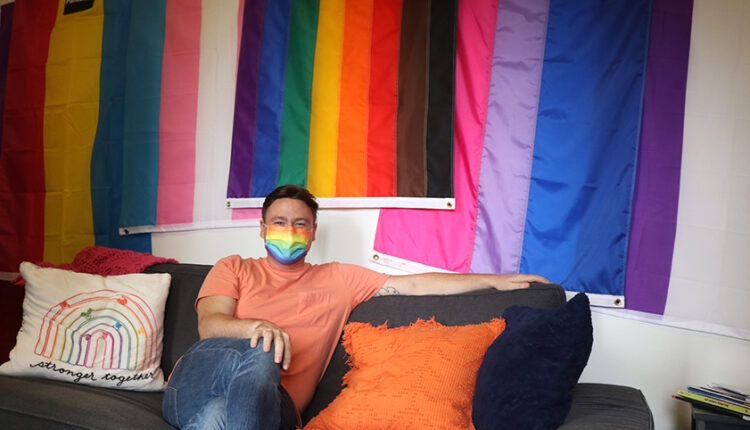 Personal pronouns can now be updated

In August, Lehigh announced that members of the Lehigh community will have the opportunity to update their personal pronouns and gender identity on Lehigh’s banner system.

Scott Burden, director of the Pride Center, said the university is still working out all the places where personal pronouns will be visible.

However, Burden said the gender identity will not be accessible to anyone outside of system administrators, who will use the information largely for data purposes.

Burden said the goal of Lehigh’s select name and gender identity group is to have selected names appear in the university databases, except for cases where they are legally valid identification documents.

He said the group will meet in the coming weeks to set the schedule for the chosen name update, which should come in the near future.

Burden said he believes the update will have a significant impact on the Lehigh community both by reassuring people that their identities will be accurately reflected in the Lehigh databases and by creating a campus culture in the personal pronouns are respected.

Davison said they don’t expect the update to change anything because they don’t think people will pay attention to the changes they made.

Dom Ocampo, ’22, said while the update felt good in some ways, they think there is still a lot to be changed and learned on campus regarding the treatment of LGBTQ + community members.

February is Lehighs Gender Identity Policy and Selected naming policy announced and for some members of the Lehigh LGBTQ + community the update came too late.

“If it had been there when I dealt with name and pronoun changes, it would have made my life a lot easier,” Davison said.

Ocampo said that while they believe the update was a major administrative decision, the change feels superficial.

“In many ways, it feels like Lehigh is only catching up because the world is getting louder,” Ocampo said.

Davidson said it was hard for them to feel seen when they had to push this one little thing for years.

Alex Cubbage, ’24 said that while the update is great for validating different gender identities on campus, this update was the bare minimum.

Cubbage said it is always too little too late when it comes to government action.

“You never do anything when everyone else is. You’re always the last to show up, and so it feels like a commitment at this point. It doesn’t feel authentic, ”said Cubbage.

Burden said the update was well overdue and many other colleges and universities had gone through similar processes in recent years.

Cubbage said it will take more than this update to create a safe environment for LGBTQ + members of the Lehigh community, especially those who identify as transgender or gender-compliant.

“It’s an endorsement for the people who need it, and it’s very important to have, but it’s not going to change the culture,” said Cubbage.

Ocampo said there are other ways the university should support its LGBTQ + community, such as queer and trans-inclusive training at the counseling center and gender-sensitive toilets in every building on campus.

Davison said they would like to see community members’ chosen names pop up reliably everywhere and educational resources for faculty, staff and students to avoid prejudice against transgender and non-gender students.

Cubbage said there was more work to be done to make Lehigh a safe environment for its LGBTQ + community.

“Don’t congratulate Lehigh on it,” said Cubbage. “Point out that they added this option, but don’t pretend they did something great.”